What's On: Author talks and art with attitude 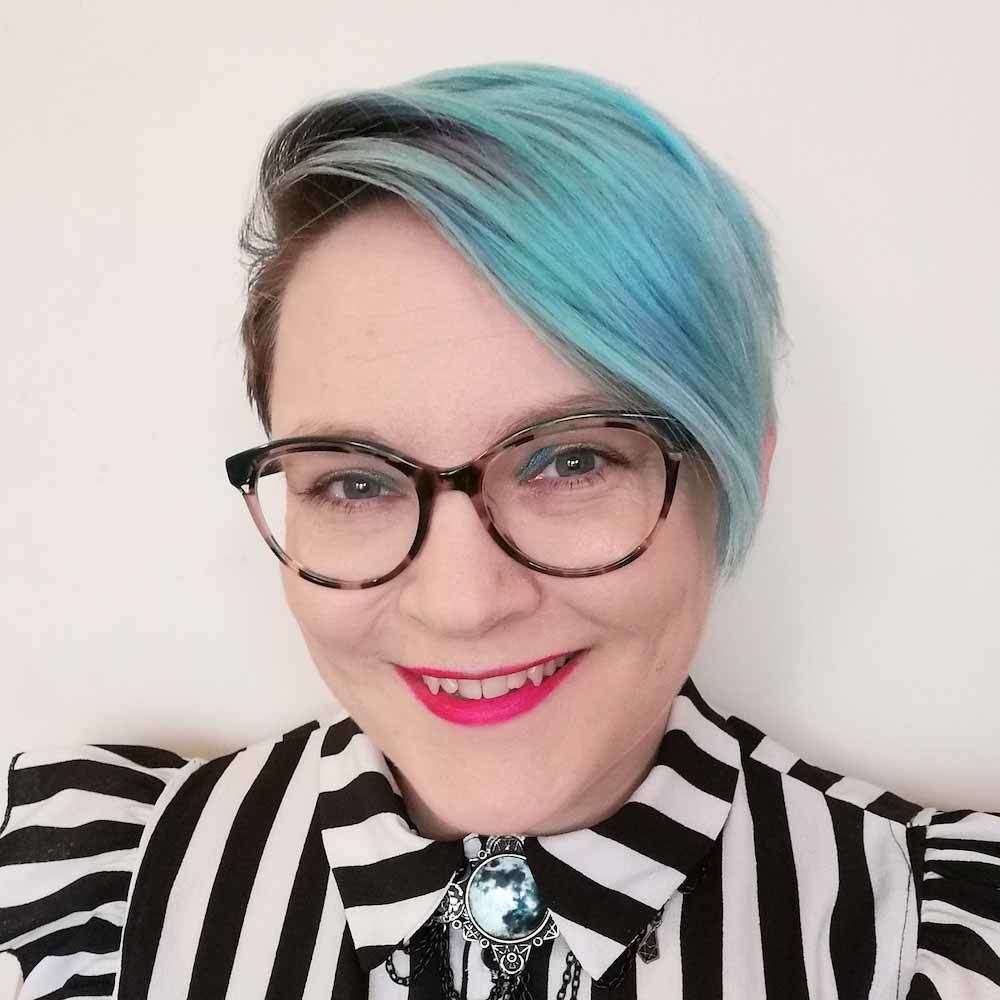 Cambridge-based illustrator Abi Stevens is hoping to empower those suffering with chronic illness through a series of vibrant pins featuring ‘kick-ass’ designs. Abi, who has lived with debilitating migraines for most of her life, has channelled that pain into designing the eye-catching pins, the first of which - ‘Chronic Warrior’ and ‘Migraine Warrior’ – were Kickstarter funded. Abi has since expanded the range to cover more chronic health issues including fibromyalgia and autoimmune conditions, spreading a message of strength and support.

“This project is about helping and advocating for people with chronic illnesses. I want those who are struggling, to be able to put on one of my pins in the morning, remember their own strength and feel empowered to keep going,” she explains.

Among Abi’s favourite designs is ‘Spoonie Sisterhood’ (a ‘spoonie’ refers to someone suffering from a chronic condition), paying homage to the bond between Abi and her sister (a fellow ‘spoonie’), as well as the many supportive ‘spoonie’ women online, who have helped the illustrator feel less alone.

The pin designs are inspired by stained glass windows in their bold shapes, patterns and format, blended with Abi’s modern digital style of working.

You can buy Abi’s inspirational pins at her Etsy shop, abistevens.etsy.com They are £10 each, with the larger Spoonie Sisterhood pin costing £12

Did you know that the ADC Theatre made national headlines back in 2013 when students staged the play Troubled Sleep in the Front of House toilets? So small was the space only eight audience members could watch each half hour performance at a time. Or perhaps you’d be interested to discover that despite boasting a digital sound system, an old-fashioned metal ‘thunder sheet’ is still used to create sound effects in numerous productions? These are just two of 18.5 fascinating facts the ADC Theatre is sharing as part of its 1855 campaign. While temporarily closed due to Covid-19, the Cambridge theatre has been celebrating the fact that drama has been performed there since 1855 – and is encouraging patrons to donate £18.88 to support the theatre during the difficult time.

Find out more – and marvel at more facts – at adctheatre.com

An array of literary greats are lined up for online appearances through Heffers Cambridge this month, including renowned American fantasy writer Christopher Paolini, Professor of Astronomy Emily Levesque and best-selling author of The Salt Path, Raynor Winn.

Author, illustrator, trespasser and campaigner for land access, Nick Hayes, is also on the roster, poised to talk about his new book, The Book of Trespass. Perturbed that the vast majority of England is out-of-bounds (we’re excluded from 92 per cent of the nation’s land and 97 per cent of its waterways), Hayes takes us on an expansive journey over the walls and across woodlands and meadows normally blocked from public access. Eye-opening stuff!

Tickets for all online appearances are available at eventbrite.co.uk

Put the kettle on, settle down and prepare for a scintillating chat as stars of stage and screen chew the fat as part of Theatre Royal Bury St Edmund’s new At Home With. . . series. Thanks to the wonders of Zoom, celebrity pairings are being brought together for conversations with each other, but from their respective homes. The new online series, in partnership with Theatre Tokens and sponsored by Theatre Royal Autumn Season Sponsor, Churchgates, launched on August 20 with Downton Abbey’s Laura Carmichael (Lady Edith Crawley) and her real-life pal Michelle Dockery (Lady Mary Crawley), chatting about careers, life and the everyday. The conversations are hosted by Theatre Royal’s Artistic Director, Owen Calvert-Lyons, and ticket-holders have the chance to submit questions to the famous pairing in advance. Tickets cost £5 with the option to add a donation to Theatre Royal Bury’s The Show Will Go On! reopening appeal.

Find out about September’s line-up at theatreroyal.org and buy tickets at theatretokens.com/at-home-with

Intriguing oil paintings by artist Fiona Blake are shining a light on the issue of homelessness in Cambridge – whilst simultaneously raising money for Jimmy’s. Fiona depicts doorways where homeless people might shelter, stop to beg or spend the night, her collection including the former Barney’s clothing shop on Mill Road, now Vanderlyle. All proceeds from the paintings go to Jimmy’s, which has been supporting homeless people in Cambridge for 25 years.

“Homeless people shun depiction, so I used their belongings and traces of their presence to indicate their occupancy. Gradually I removed these elements and painted doorways of empty premises or of shops that betray traces of past lives,” explains Fiona. “These became emblematic of the transience of modern businesses, either because they moved on or because the business failed. This expanded my concern for the transience of homeless individuals to the uncertainty of the whole community in the face of change and adversity such as the recent pandemic.”

Fiona completed a Fine Art degree at Cambridge School of Art after a long career in mental health care, working as a psychiatrist, specifically with homeless people. She became a trustee of Jimmy’s in 2006, and is a member of Cambridge Open Studios.

Thanks to a new luxury 180-seater Premier Screen, Abbeygate Cinema in Bury St Edmunds is bringing movies to life in spectacular fashion. Now a three-screen cinema, the auditorium boasts theatrical curtains, a vast curved screen, 4k laser projection and full 7.1 surround sound. A trio of drop-down chandeliers is also set to be installed by Christmas. And for ultimate comfort, there’s a selection of chic sofas for customers to sink into, located in the premium seating area of the independent cinema.

Abbeygate’s No 4 Restaurant and Bar is also open for daytime dining.

Find out more at abbeygatecinema.co.uk