This month we are on the hunt for rare gold artefacts, taking in a mesmerising ballet double-bill, exploring extraordinary art and looking ahead to panto season (oh yes we are!)

THE ART OF SATIRE 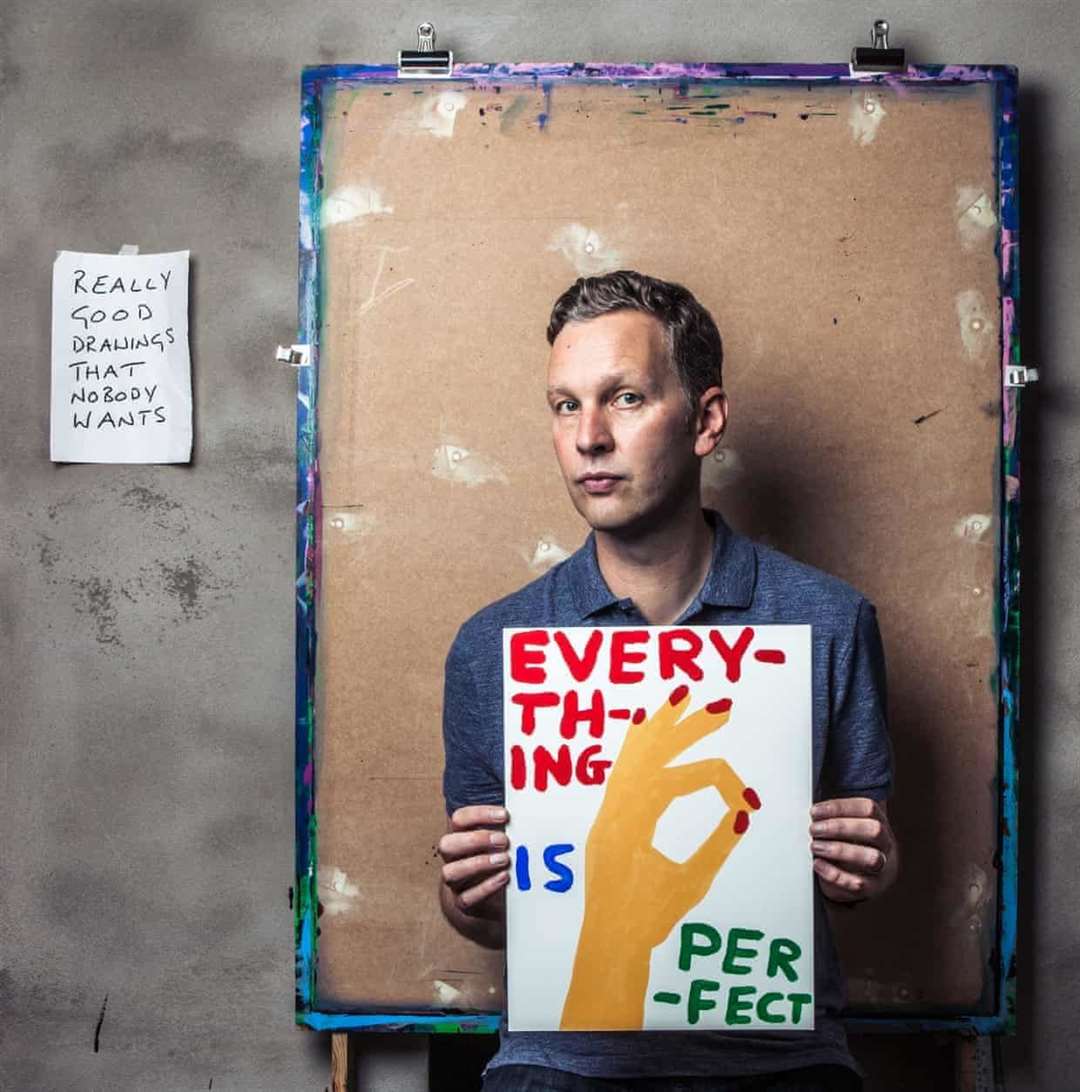 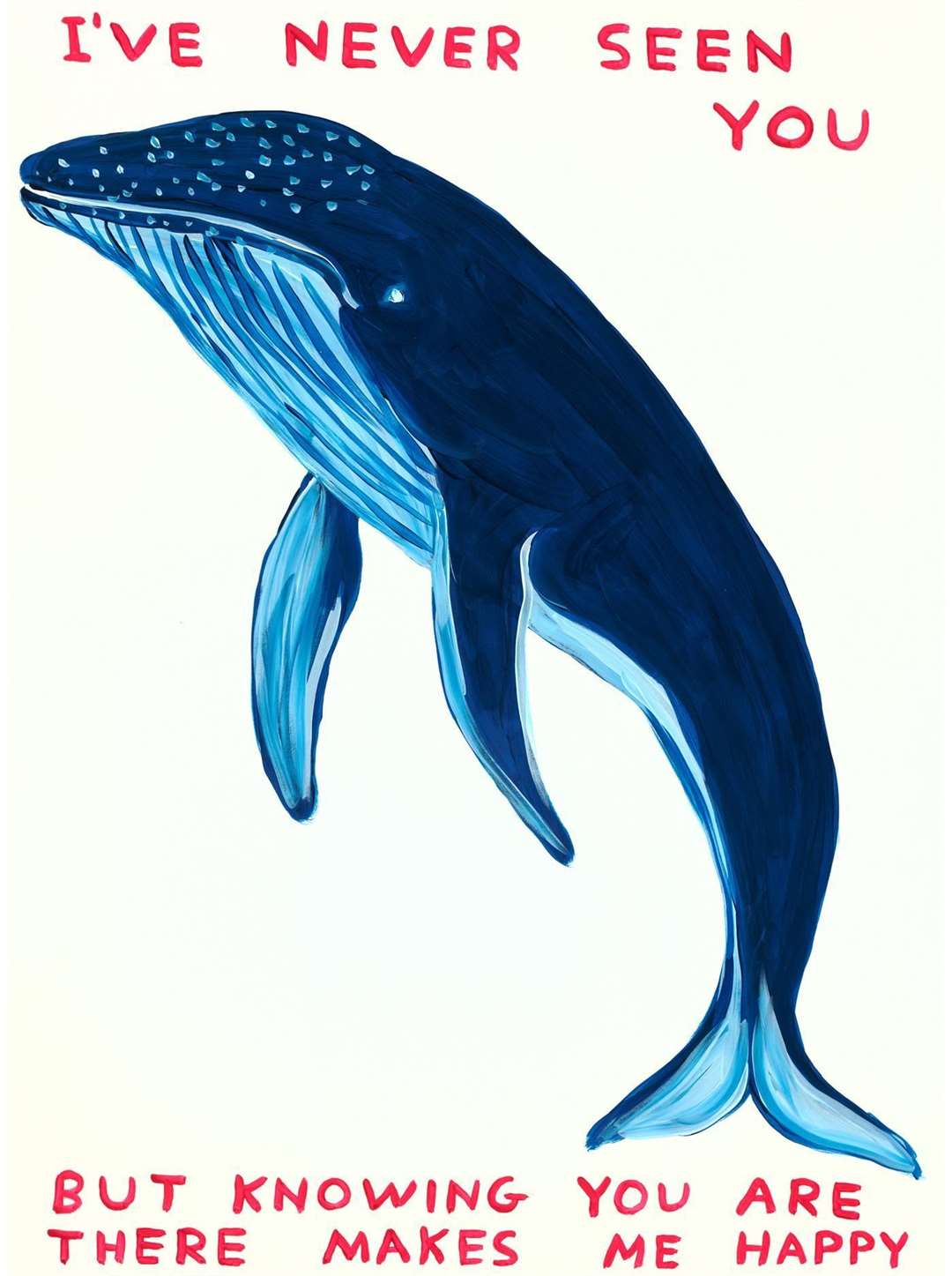 Culture vultures are in for a treat as a new exhibition by comical, contemporary British artist David Shrigley promises to offer some light-hearted relief. Entitled ‘My Artwork Is Terrible and I am a Very Bad Person’, the ‘chaotic and colourful’ showcase will launch October 1 at Cambridge’s Extraordinary Objects gallery on Green Street.

Carla Nizzola, creator of Extraordinary Objects gallery, says: “David Shrigley stands out to me, and many others around the world, due to the brilliant satire he brings into his work. Tackling serious issues like life and death, unemployment and child welfare, as well as more absurd subjects, his fragmented narratives can be both poignant and funny.”

All of the artist’s striking pieces are available for purchase (and the gallery is part of the Own Art scheme). Time to invest in something refreshingly different, perhaps?

The exhibition runs until December 4. More at extraordinaryobjects.co.uk

Pack up the popcorn (and a bucketload of mincepies) as Car Park Panto is back with a rip-roaring, joke-laden festive production of Horrible Histories at IWM Duxford. A new-fangled approach to live theatre, Car Park Panto spread seasonal joy and goodwill last year when the country was in the grip of pandemic restrictions.

Join Birmingham Stage Company on Saturday, December 18 (2pm and 5pm) as one brave young boy sets off to save Christmas from a rotund man dressed in red. Cheer, giggle and have a jolly good time in the comfort of your car seat as a host of Victorian villains and Medieval monks take you on a hair-raising adventure through the history of Christmas. Look out for cameos from Charles Dickens, Oliver Cromwell, King Henry VIII and St Nicholas!

Tickets are limited and cost £49.50 per car, available at carparkparty.com

Swap ghouls and ghosties for grace and elegance on All Hallows’ Eve by taking in an enchanting performance by the London Ballet Company at The Apex in Bury St Edmunds. The prestigious dance group presents a moving double bill, including the premiere of their new show, A Little Princess, an inspiring tale of courage in adversity, based on the children’s novel by Frances Hodgson Burnett.

Particularly poignant, given the proximity to Armistice Day, their other show, Poppy, follows a family struggling to come to terms with the cataclysmic world events of 1914, seen through the perspective of innocent child Poppy. A tale of hope and remembrance.

Find out more at the apex.co.uk

Pantomime returns to The Maltings Ely this Christmas, as KD Theatre Productions prepares to put on a dazzling performance of Sleeping Beauty. Unveiling a sparkling cast of seasoned professionals including Ely’s favourite funnyman, Terry Gauci, playing Nurse O’Dear, the action takes place in the kingdom of Elytopia. Celebrations are afoot for the birth of the princess Beauty, but the evil Carabosse curses the princess to prick her finger on her 18th birthday and fall into an enchanting sleep. Let’s hope the dashing prince can rouse her from her slumber (and the nurse can find a new beau, too). With spectacular sets, a rousing live band, stunning costumes and a lot of laughter, it’s a delightful Christmas caper for the young at heart.

Sleeping Beauty is at The Maltings, Ely, December 10-31. More at themaltingsely.org.uk. Tickets available at boxoffice@kdtheatre.co.uk or by calling (01353) 662633

A fascinating exhibition of rare gold artefacts is shedding light on the life and legacy of the Saka people of Kazakhstan. Gold of The Great Steppe at The Fitzwilliam Museum in Cambridge showcases a treasure trove of 2,700-year-old archaeological finds, many uncovered in the past three years from ancient Saka burial mounds.

Among the artefacts, found buried alongside human and horse remains, are astounding pieces of gold jewellery, gold applique to adorn clothes and costume in the form of decorative gold discs and plaques, and horse harness ornaments.

Sadly over the years the Saka’s burial mounds have been plundered and robbed, however archaeologists discovered an extremely rare, intact burial of a teenage archer. The richly furnished grave was protected by a rock fall which shielded him from view for over 2,500 years. See its spectacular contents as the burial is reconstructed in the exhibition space.

Head to The Fitzwilliam Museum to see the extraordinary culture of the Saka people brought to life in this enlightening show.

Gold of The Great Steppe continues until January 30, 2022. Find out more at fitzmuseum.cam.ac.uk

It’s one thing to have the vocal talent to entertain thousands of fans live – and indie rock singer songwriter Charles Costa, who has amassed over 100million streams, has certainly ticked that box. But he upped the ante somewhat when he decided to play 40 gigs over 40 days, whilst clocking up 40 marathon runs! The West Londoner, who sings under the pseudonym King Charles, embarked on ‘The Feel Good Jog’ at the end of July, to raise money for youth and community charity Regenerate. A mammoth challenge, he ran from John O Groats to Land’s End, a staggering 1,782km journey, performing a gig at the end of each marathon.

Charles, who released his debut single Time for Eternity in 2010 and went on to support Mumford & Sons on their sold-out US tour later that year, finished his epic jog at the start of September, raising in excess of £69k.

See the triumphant singer on tour when he plays The Portland Arms, Cambridge on November 2. More at theportlandarms.co.uk

You can still donate at justgiving.com/campaign/TheFeelGoodJog

Cambridge charity Rowan can continue its amazing work developing the skills of adults with learning disabilities thanks to a £1,000 windfall. Rowan was one of 500 winners in specialist insurer Ecclesiastical's Movement for Good awards, nominated by the public.

Rowan provides an arts centre and forest school for more than 80 adults living in Cambridgeshire and adjoining counties.

Find out more at rowanhumberstone.co.uk

Look out for a medley of dance, comedy, family-friendly theatre and interactive workshops, courtesy of The Library Presents. The exciting autumn programme, hosted in a variety of locations across the county, including Cambridge, Sawston, St Ives and Huntingdon, aims to make arts accessible to all. Funded by Arts Council England and managed by Cambridgeshire County Council, The Library Presents is now in its eighth season.

See the full programme at library.live/the-library-presents

Arts and crafts are a great way for people of all ages to express themselves, and can help to combat stress. Ely-based Louise Beale has been administering her own version of art therapy through her exciting new venture, ArtXplorers. A children’s arts and crafts business, it delivers engaging workshops at festivals, events, parties and schools. Activities include clay handbuilding, printmaking, pottery painting, stencilling and 3D sculpture.

Louise, an art teacher and ceramic artist, has been busy working on community art projects with schools and residential homes, as well as creating inspiring pieces at Ely Folk Festival, Ely Arts Festival, and Ely Market.

They provided much-needed laughter over livestream during lockdown, but improvised comedy group (Insert Laughter Here) are returning to in-person performances this autumn. The Bury-based masters of mirth get audience giggling by playing a series of improvisation games to create hilarious scenes from scratch, based on audience suggestions of places, character quirks, jobs and dialogue. Previous bizarre (but side-splitting) scenarios have included an unfortunate costume malfunction at a wedding, a nature documentary on public shopping habits and a bank heist that went incredibly badly.

Now in its 30th year, Cambridge Music Festival continues to excel in its mission to present classical music in bold and imaginative ways. This autumn’s offering is a fusion of atmospheric live concerts in characterful venues across the city alongside online performances.

Highlights will include a solo recital from acclaimed pianist Stephen Hough (Oct 7); Mahan Esfahani’s exploration of music by Bach and his contemporaries (Oct 20); Max Richter’s Four Seasons Recomposed, performed by 12 Ensemble and Eloisa-Fleur Thom (Nov 1) and the joining of two Cambridge institutions - Choir of King’s College Cambridge and Academy of Ancient Music - for a celebration of baroque, including Vivaldi’s Gloria (Nov 3).

The online broadcasts include the world premiere of A Percussionist’s Songbook; a medley of nine works for pitched percussion and electronics, performed by Joby Burgess.

Discover the riveting history of Hinxton Hall, from how part of Pompeii ended up in its parlour to its role in ground-breaking genome research at a fascinating new event. Georgians, Jet Engines and Genes celebrates the historically important site, which is now part of the world-renowned Wellcome Genome Campus, with a series of talks, panel discussions and expert Q&A sessions. This will culminate with an exhibition within the hall itself in early 2022.

Professor Julian Rayner, Director of Wellcome Connecting Science and host of two of the talks, says: “As one of the sites where the Human Genome Project was completed, the Hinxton Hall Estate has a famous recent history. But it’s been fascinating to discover more about the site’s earlier uses, from a science and manufacturing hub in the post-war period all the way back to its original purpose as a fishing retreat in 1736. This series of talks and exhibition celebrates the Hall in all its guises over almost three centuries.”

Find out more at genome.gallery/exhibitions/

Doyenne of stage and screen, Dame Penelope Keith, will star in new play, Two Cigarettes In The Dark, at Cambridge Arts Theatre next spring. A collaboration with director Alan Strachan, the bittersweet play by Stephen Wyatt revolves around the bright, witty and fiercely independent Isabel.

As Isabel confronts hidden regrets and family secrets, through a series of encounters with an old friend and her two sons, we see what hides below the surface of this proud mother, wife and friend.

Dame Penelope Keith, renowned for her roles in iconic British sitcoms The Good Life and To The Manor Born, says: “When I read Stephen's touching and amusing play which has at its centre a (rare to find) role for an actress of a certain age, I knew immediately I wanted to play the part and bring this play to audiences across the country.”

Two Cigarettes in the Park is at Cambridge Arts Theatre, March 3-12, 2022. More at cambridgeartstheatre.com