Books: A Question of Timing

As her new children’s novel - The House of One Hundred Clocks - hits bookstores, local author Ann-Marie Howell tells Alice Ryan how both Cambridge and Bury St Edmunds play a part in the story, and why, in life, it’s never too late to follow a dream

Let’s start with the new book. Set in a strange, clock-filled house in Edwardian Cambridge, it’s got a mystery at its core, hasn’t it?

There are lots of secrets to unravel in The House of One Hundred Clocks! It’s a historical mystery set in Edwardian Cambridge in June 1905 – a time of invention and social change. Helena and her parrot, Orbit, are swept off to Cambridge when her father is appointed clock-winder to one of the wealthiest men in England, but there is only one rule: the clocks must never stop. But soon Helena discovers the house of one hundred clocks holds many mysteries; a ghostly figure, strange notes and disappearing winding keys and she has to work hard to unlock the house’s secrets before time runs out.

The story was sparked by the clock collection at Moyse’s Hall in Bury, wasn’t it? Why did that so capture your imagination?

The clock collection at Moyse’s Hall Museum was bequeathed to the town of Bury St Edmunds by Frederic Gershom Parkington as a memorial for his son who died in the Second World War. I’ve been to visit the clocks a number of times and on one visit I wondered why Gershom Parkington had collected so many timepieces. While I think he just really liked collecting them, this made me wonder about writing a story about an obsessive collector of clocks and the book idea developed from there.

How did Helena, your narrator, come to be? We’re particularly taken with Orbit, her pet parrot...

From the very beginning I had an image in my head of a 12-year-old girl accompanying her clock winder father to stay and work in the house of clocks. I also knew I wanted her to have a pet. I finally settled on Orbit the Amazon-Blue parrot after watching endless videos of chattering birds and decided I could have a lot of fun developing his character as he’s quite mischievous. 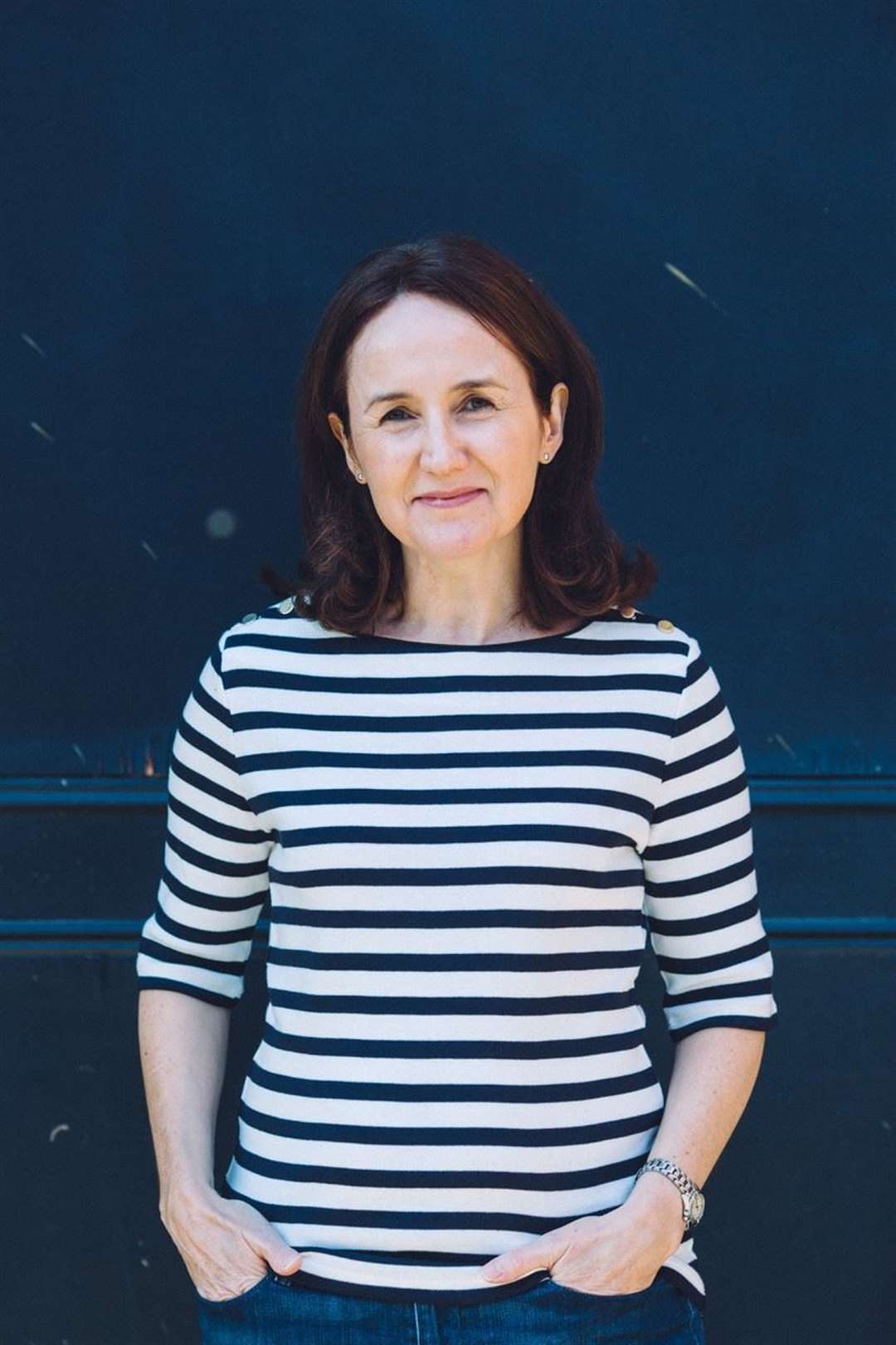 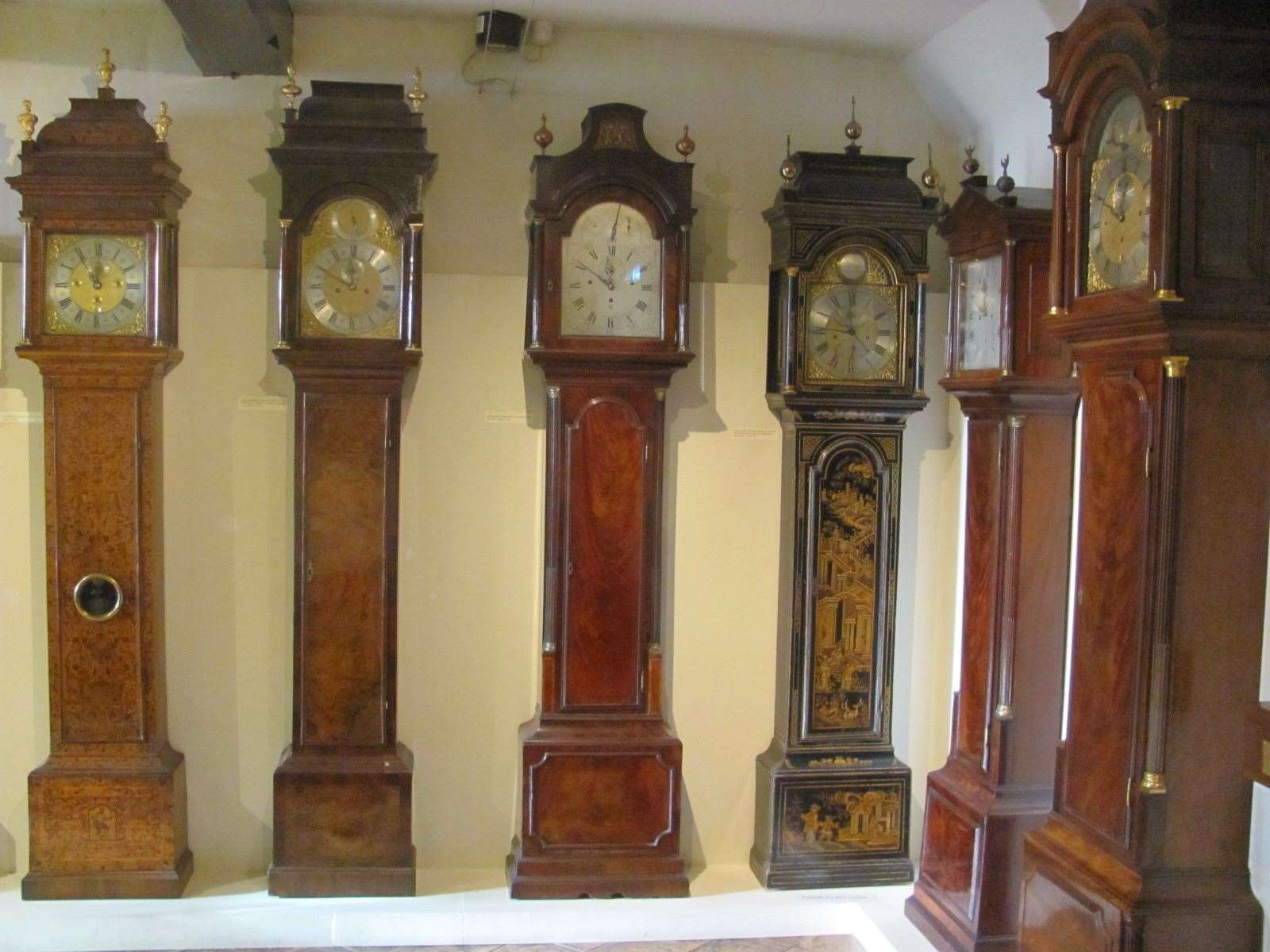 Your first book - last year’s The Garden of Lost Secrets - told a story also rooted in Suffolk, specifically the gardens of Ickworth House. What makes our area such a rich source of inspiration?

I think this area has such a rich heritage with its fabulous towns and villages, many with an abundance of listed buildings and beautiful gardens. The ideas for stories set in the East seem to come quite naturally and I don’t think I’ll run out of inspiration for a while yet!

We know you’d long wanted to write, but that life rather got in the way. Instead of thinking ‘I’m a mum in my Forties; the moment’s gone’, you didn’t give up. What kept you going?

I kept thinking that it’s better to try and fail than to wonder what might have been. I got a literary agent in London in 2015, but it took another three years and three books before I wrote one that attracted the interest of a publisher. It would have been easy to give up after the first and subsequent knock backs, but I decided the only way I would never get published for sure was if I stopped writing. That was enough to spur me on.

You did a creative writing course with author Catherine Johnson, best known for Sawbones, a young-adult historical novel. Was that a breakthrough?

Absolutely. Getting a place on the Curtis Brown Creative Writing for Children course gave me the confidence to finally take my writing seriously. I was in my early 40’s when I did the course and got my first book deal at the age of 45. Age is just a number and it’s never too late to pursue a dream!

What made you want to write for a younger audience? Did your two boys play a part?

It wasn’t so much my children as thoughts of my own childhood that made me want to write for a younger age group. My love of books and reading started when my mum took me to visit the library van which visited our small Nottinghamshire village every few weeks. I would take out the maximum number of books allowed and devour them, then count down the days until the van returned. When I started writing, I kept thinking of my childhood self and how amazing it would be if I could invent worlds and stories that children would love to disappear into in the way I used to.

We’re guessing you were a bookish child yourself. Are there any novels which made a particular impression, growing up?

I love a good family saga and Little Women by Louisa May Alcott is a book I have read and re-read many times. I love how Meg, Jo, Beth and Amy are all so different in nature and it was perhaps the first book that made me think about the importance of characterisation. A few people have said that The Garden of Lost Secrets and The House of One Hundred Clocks have quite a classic feel which makes me very happy, as I also loved books like The Secret Garden and Tom’s Midnight Garden.

Named The Times Book of the Week, among other accolades, The Garden of Lost Secrets was a huge success. Has life changed?

Yes and no! I still juggle writing around my day job as a town planner for the local council, but now I also get to do things I never would have dreamed of, like standing up and talking at literary festivals (I’m at the Cambridge Literary Festival in April) and doing school visits and workshops which is hugely rewarding.

Do you have a favourite place to write? Tell us about your writing day.

No writing day is ever the same. I need to fit it in around my day job, so I often write in the gaps between the kids getting home from school and cooking dinner and then on my one day off during the week. I do have a desk in our spare room which I use when I really need to concentrate, otherwise my favourite place to write is at the kitchen table with the kettle and biscuits close at hand.

Can you share any pearls of writerly wisdom with any aspiring authors who might be reading this?

Just go for it! I would recommend reading widely, and in your preferred genre, to get a feel for the types of books that are being bought by publishers. If you do an online search you will often find there are local writing groups in most towns that can be a valuable source of support and information for aspiring authors. Social media is also a fun way to meet other writers, particularly Twitter where you can search for hashtags like #writingcommunity to connect with like-minded people.

Want to win a signed copy of The House of One Hundred Clocks? To be in with a chance, email your name, address and daytime number to alice.ryan@velvetmag.co.uk, titling your message ‘A.M. Howell Competition’. Entries should arrive no later than February 21 and the usual Ts and Cs apply; if you’re happy to be contacted by Iliffe Media and its partners, add ‘Please Contact’.