Wedding feature: What Katie Does

With her gregarious personality, infectious laugh and penchant for bright, eye-catching garb, Katie Matthews would stand out at any wedding. Which is rather the point, as usually she’s stood in front of a loved-up couple, conducting a ‘superstar ceremony’ with such verve and enthusiasm that guests hang on her every (thoughtfully-chosen) word!

Katie, 33, is the antithesis of the old-fashioned straight-laced vicar or serious celebrant, who’d traditionally offer a dry, formulaic service. Her humanist ceremonies are joyful, one-of-a-kind celebrations which fizz and pop with personality, and feel incredibly authentic as she turns starry-eyed storyteller, to recount touching tales of true love.

“The beauty of humanist weddings is that they are so personal, meaningful and reflective of a couple’s relationship; it’s not just dropping names into a template and making them fit,” enthuses Katie, who lives in Cambridge. “The ceremonies are fun and heart-felt so friends and family can literally feel the love in the room.” 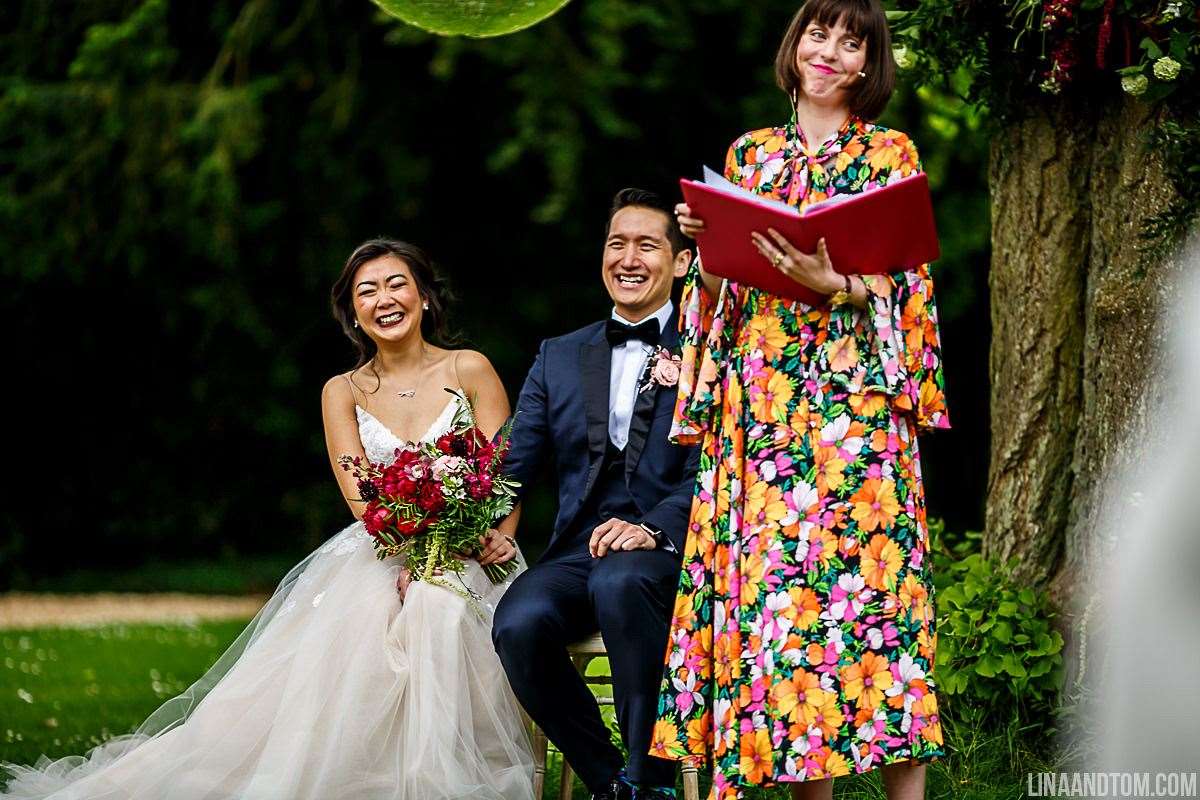 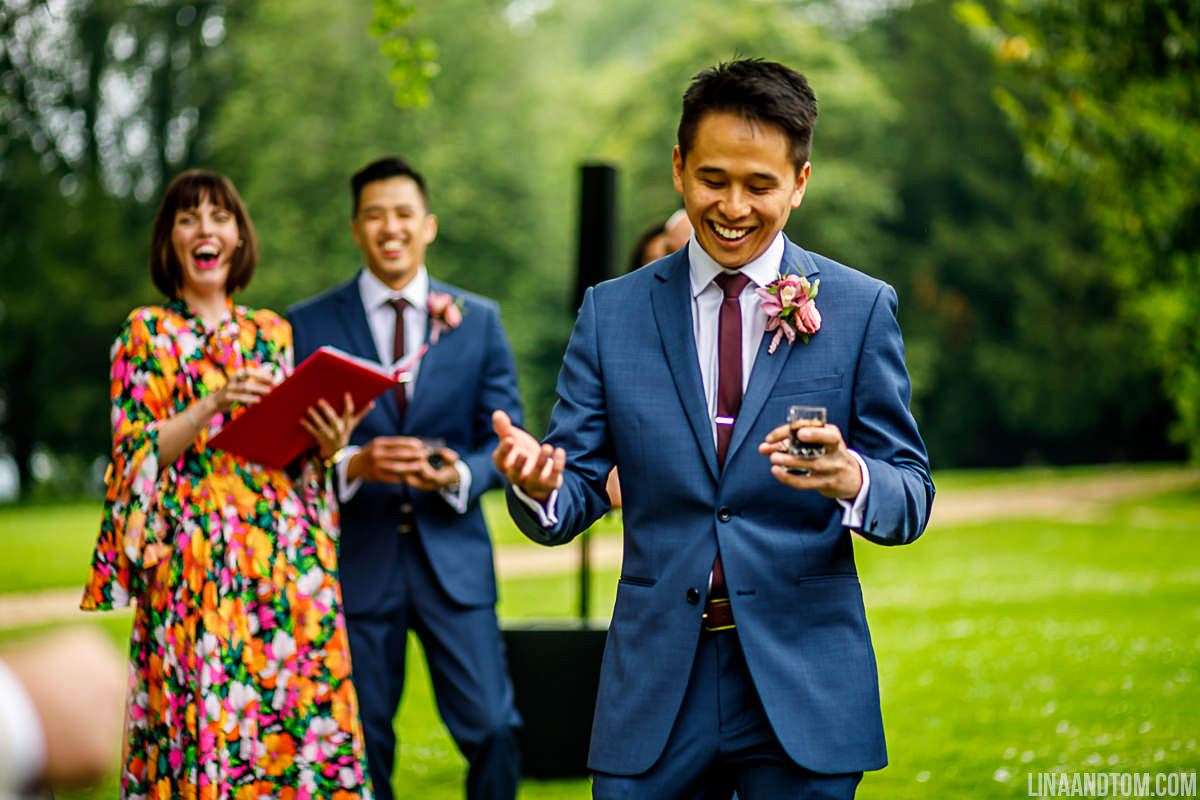 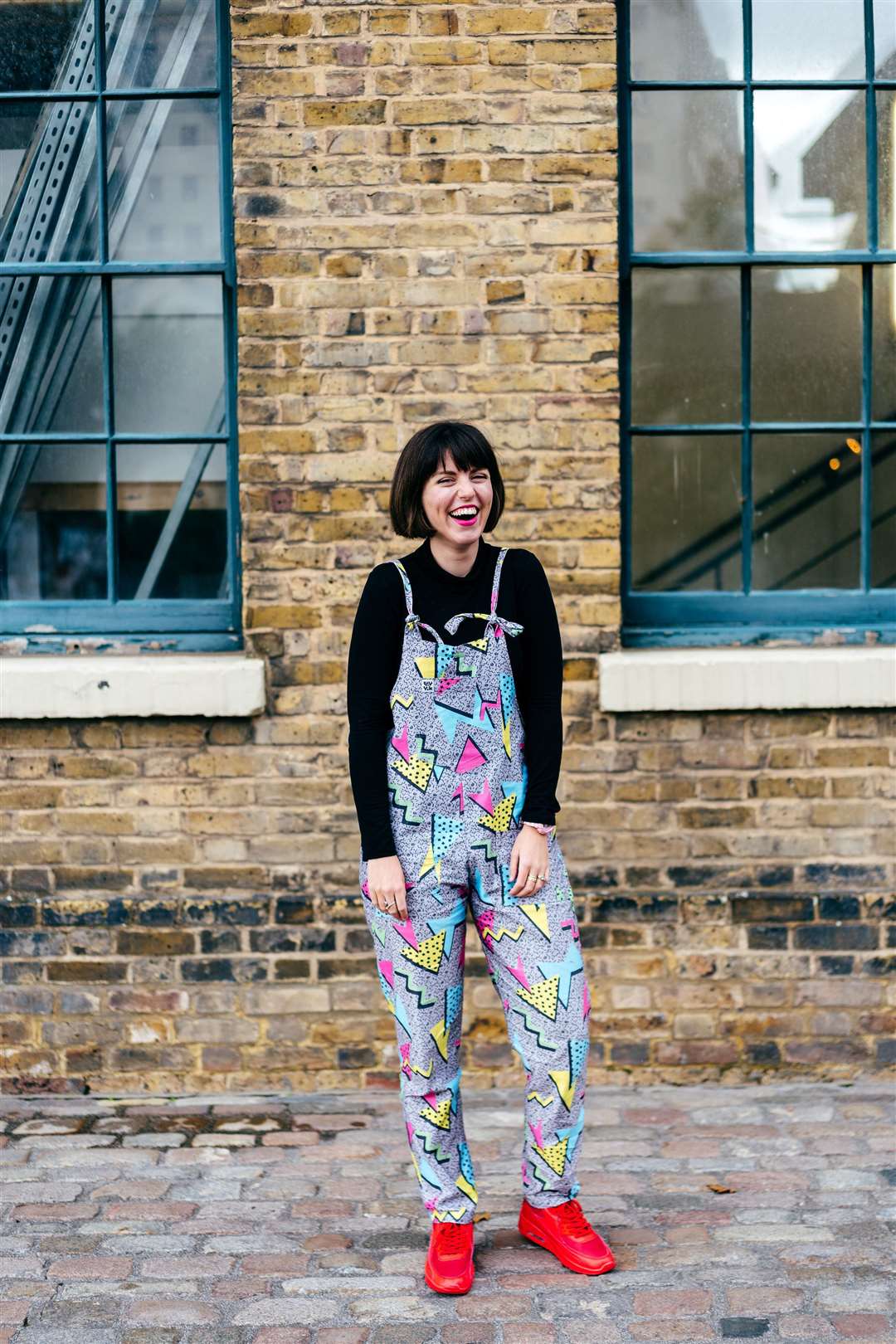 Humanist weddings are non-religious ceremonies which offer the opportunity to marry where you want, when you want and how you want, from the top of a mountain to your front room.

Katie, mum to Hector, four, and Georgia, one, trained as a celebrant with Humanists UK, back in 2016, having spent 10 years working as a trade journalist.

Though she loved her first profession, admitting it appeals to her ‘nosy nature’, Katie was finding the publications she worked for a tad ‘dry’. And it was during a trip to Shropshire for the nuptials of university friends that she found herself suddenly captivated by the concept of a humanist wedding.

“I hadn’t ever really enjoyed a wedding ceremony before, but this was amazing!” she recalls. “The bride played the piano and sang, which I thought was cool, and the ceremony was really funny, fun and so personal. From then onwards, the idea of becoming a humanist celebrant lodged in my mind.”

The opportunity to embark on this new, fulfilling career arose after Katie had her son, and a series of intense training weekends in Warwickshire followed with the chance to practice delivering ceremonies to her peers, before Katie was unleashed on the public!

Her genuine warmth, friendliness and humour, teamed with impeccable interviewing and writing skills have made her a hit with couples ever since, her ceremonies hailed as ‘spectacular’, ‘epic’, ‘inspirational’ and ‘inspiring tears and laughter in equal measure’.

Katie generally works with a couple for up to six months prior to a wedding, taking time to discover their backstory and tease out those gems of information which will be met with a chorus of ‘Oohs’ and ‘Aahs’ on their big day.

“I tend to work with people who want something really celebratory - extrovert couples, who like noisy and loud weddings! I love getting to know them and learning about their relationship highlights. Sometimes we might look at their Tinder messages when they first started chatting! It can be different for every couple and that is what is so special about humanist ceremonies,” she explains.

“Couples get a wedding packed with personality, and much more ownership over what the ceremony looks like. We can incorporate friends, add little rituals in or swap Jerusalem for New York, New York, if that’s a more fitting vibe!”

So far, Katie’s conducted weddings all around Cambridge (her favourites are in chilled venues such as pubs or back gardens), as well as in Scotland – and later this year, she’ll fly out to the French Alps for a wedding within the atmospheric surrounds of a deconsecrated church.

Currently humanist weddings do not have legal status in the UK and Wales, but there is an ongoing campaign to have them legalised. “I’d love humanist weddings to become a thing,” says Katie. “I feel like they’re still a bit of a trade secret. In Northern Ireland, where they are now legal, they’ve absolutely rocketed. So I’d love the awareness to grow.”

Katie herself is especially passionate about the humanist ethos, having had a disappointing ceremony when she tied the knot.

“I really know what it’s like to not have a ceremony that does you justice. That’s why I’m on a mission to make sure couples get a celebration that really does reflect who they are, one that is joyous, poignant and real,” she proclaims. “In fact, I think I’m going to have a humanist vow renewal, then I’ll finally have my moment in the sun!” she laughs.

Now, it’s just a small matter of finding a celebrant with a personality and dress code as effervescent and flamboyant as Katie’s to set the tone for her very own superstar celebration. . .

Find out more at katiethecelebrant.com