Walking on the Wild Side

When writer Emma Mitchell’s depression became overwhelming, she discovered the curative power of walking in wild places to lift her mood and heal her spirit. She talks to Alex Spencer about how nature continues to restore her.

A tiny curl of cow parsley or a cluster of ladybirds hibernating in a brittle seed head, these are the hints that spring is around the corner for those who stop to look carefully.

And for nature writer Emma Mitchell, they are the first glimmers of hope that her mood will eventually lift when the winter is over. For more than 25 years, Emma has suffered from depression - which is made worse by seasonal affective disorder during the darkest months of the year.

Now she has written a diary called The Wild Remedy - How Nature Mends Us that explores the power of walking in green places to improve mental and physical wellbeing.

“On the darkest days over the last few winters, even though it is hard to move when the worst of the SAD grips my brain, if I go into the woods nearby for ten minutes I will see wild carrot seedlings or goosegrass and catkins and buds on beech trees that are ready for March,” says Emma. “Then I will feel it is OK - spring is waiting.”

Back in 2003 when Emma moved from Milton to a fen edge village, she had already been suffering from depression on and off for about ten years. The house she moved to is in a picture-postcard pretty village with pastel coloured cottages around a an ancient green. Behind her cottage is a wood where she takes her daily walks and makes her nature finds which she shares with her 100,000+ followers on Instagram and Twitter.

“I began to learn more about the diversity of the wildlife that grows right in our patch of countryside here in Cambridgeshire. Even though that wood is only about 20 years old the wildlife in it is brilliant,” says Emma. “I realised I could find signs of spring in the woods in the depths of winter. There are many signs visible right now. Back in 2012, when I first found out I had SAD, I started to use those walks in the woods to get through the winter.

“If I felt really rotten one day I would go out and just gaze at the little cow parsley seedlings. They germinated in the August and then they became dormant in the winter, growing incredibly slowly if there is a warmish day. By February or March I know they will wake up and eventually become the beautiful frothy cow parsley you see in May.”

In Emma’s hand-illustrated diary she takes us on nature walks every month over the course of a year, revealing photographs, sketches and watercolours of her discoveries as well as explaining the impact on her mood along the way. It has all grown out of her blog, Silverpebble, and the community she has developed around it on social media. 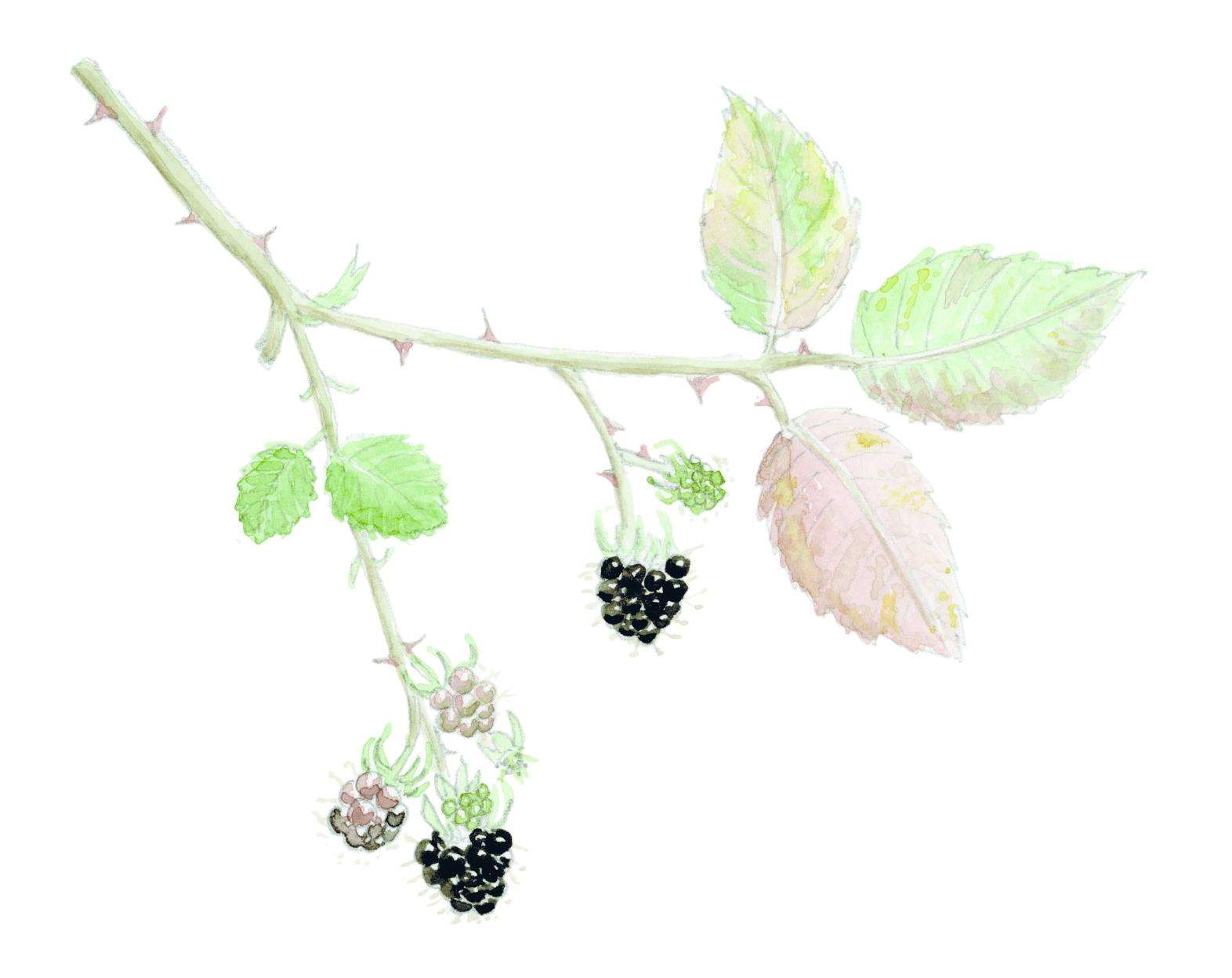 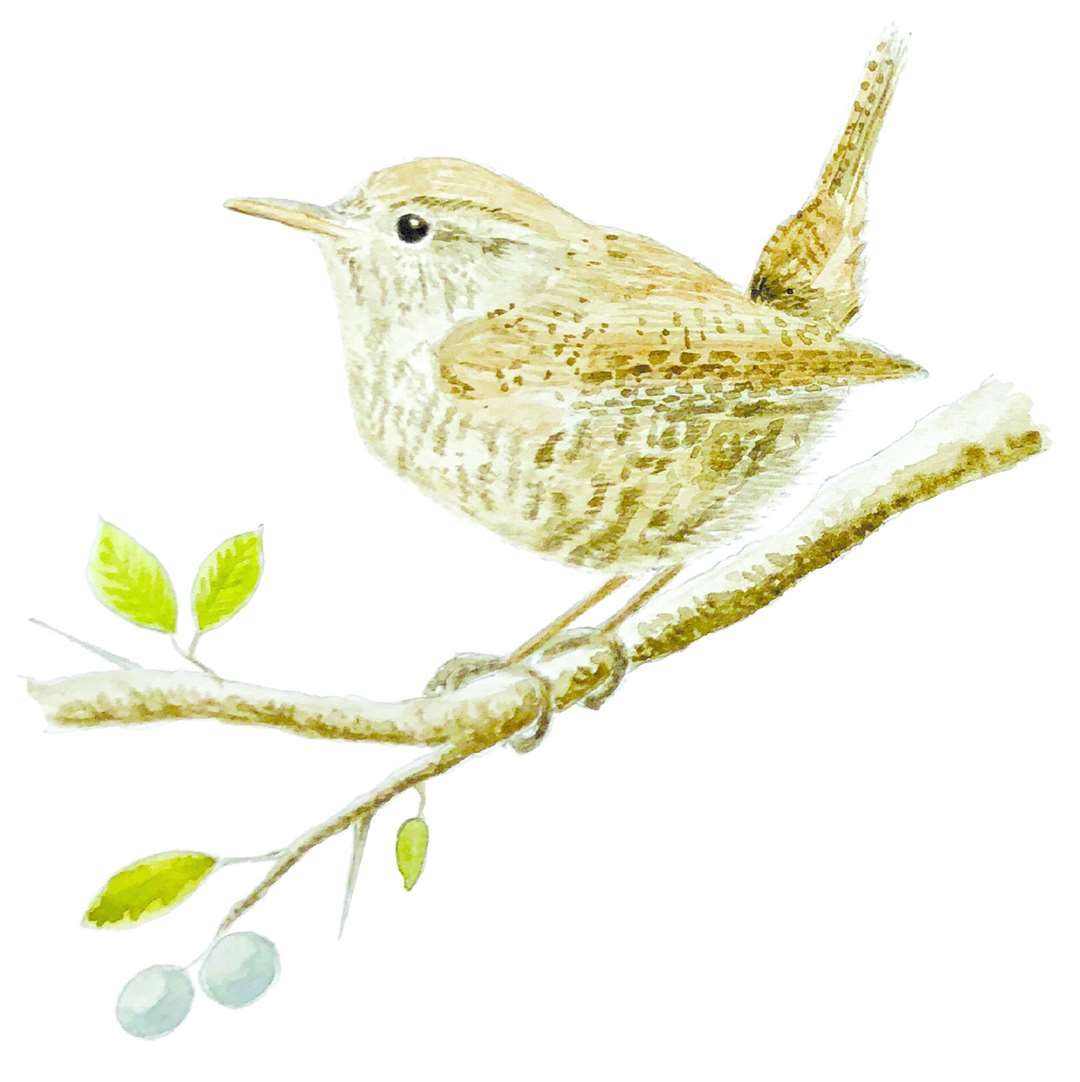 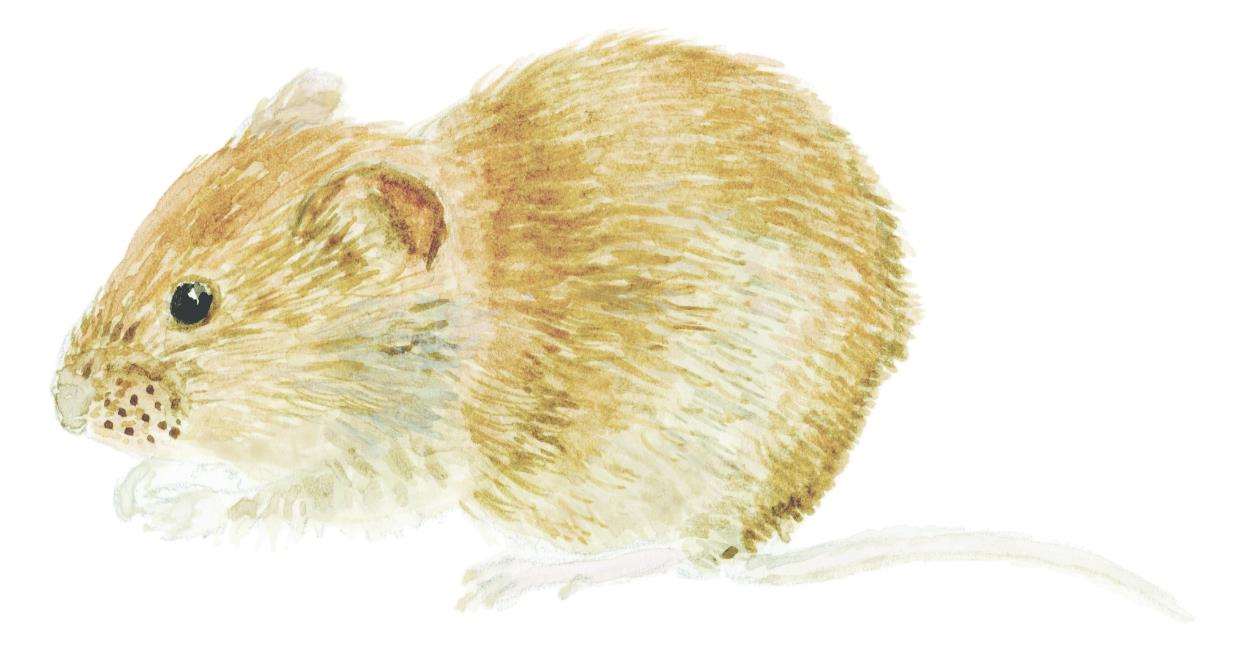 “In 2008 I started a craft blog, but I also shared what was happening in the countryside,” says Emma. “I went out in winter to see what colour I could find. I remember laying the leaves and other finds out and making the colour gradations pleasing to the eye; finding out which plants are lovely to look at in the winter.

“It eventually became as important to me as the craft for helping my mental health and I started posting some little nature diaries every season or every few weeks. I would say I had seen a goldfinch in the garden or I’d seen saw catkins even though it was November. People responded really positively.

“A leaf here, a little snail shell there, a tiny sprig of catkins - I gather them and then come back and create a tiny temporary museum display. I will write their names in calligraphy and make a transient nature table that captures what I have seen that day. And I will put it on Twitter.

“Now it has got to the point where every day people say tell me on social media, ‘I went for a walk and I was inspired to find something and it made me feel better’. I have discovered a corner of the internet full of people going through the same feelings and people who love nature. About one in four people suffer with depression, so I shouldn’t have been surprised.

“After ten years I have learned slowly how to use contact with nature and gardening as a way of getting through the darkest months. And I have shared it on social media because I wanted to help other people too.”

Having studied zoology and cell biology, giving up on a PhD when her depression became too severe in the early Nineties, Emma has also looked for the scientific reasons why communing with nature has helped her mood.

“I know that there are still really difficult days even when you are on the right antidepressant and have the right counsellor - you can still have dips and there are ways of getting though those dips without going through the floor into severe illness.

“I’m fully aware it may not have the transformative impact on everyone that it had for me. But two days ago I felt really low, no energy; full blown SAD. So I dragged some jeans on and I went out and I dug over an area of earth in my garden.

“From reading scientific studies I know contact with soil gives you a boost because there is a bacterium in the soil that as a mild antidepressant, so I went out and weeded. I then went to a garden centre and bought a little tree because it had blossom on it that I could look at throughout the winter and I also took the dog for a walk. I am self medicating far more actively now rather than getting into a dark state in my mind again.

“The Wild Remedy came about because in the last 18 months I have tried to find out why nature is making me feel better. For me there is a level of distraction in looking at the leaves and the patterns in them or trying to see if I can find a particular flower species or going out and listening for a nightingale. These can all take your mind off your mood. But I thought there was more to it than that.”

Her ‘deep dive’ into the research revealed the popular Japanese therapy of ‘forest bathing’, which studies have shown to help people recover more quickly from illness. “In Japan, researchers have been showing that green spaces and the plants and trees within them have a direct effect on our physiology and brain chemistry,” she says. “It is absolutely fascinating and ties in completely with the mental sigh of relief I feel when I go outside the cottage and see the trees opposite and this becomes more intense and therapeutic as I walk into the wood.

“Studies have been done in Japan on people who are clinically depressed or anxious and they are told to go into a wood, look around and examine the leaves. This forest bathing has been promoted by the government since 1982 as a way to help. It is called Shinrin-yoku.

“Studies have shown being in a forest can diminish blood pressure, pulse rate and cortisol levels and it can increase the speed of recovery from illness. It is like a prescription that happens in Japan alongside talking cures and antidepressants. Just before the book was published, I read that Scottish GPs had been prescribing beachcombing sessions for people with depression and I felt this underlined what I was saying about nature lifting mood.”

Another reason why people benefit from being outside is because our brains link it to finding food, says Emma: “There is a phenomenon called the ‘harvest high’, which has a real effect on cortisol and dopamine levels when people go foraging.”

“If you dig up potatoes in the garden or go blackberry picking, I feel the same if I make a little seasonal nature collection, “ explains Emma. “It is like a little burst of elation.”

The nature finds don’t have to be rare or special to make them beautiful or uplifting. “Just go in your garden, or a park or a churchyard, and pick something pretty - it can just be weeds," says Emma. “A humble sprig of shepherd's purse is very beautiful if you look at it carefully, but most people would dig it up and throw it away. Or a little sprig of ivy which at the moment has little star bursts of berries on them. They are just gorgeous.

"A hundred years ago most children would know the names of wild plants because they would see their mothers using them in remedies or recipes. The last two generations have lost that connection with nature.”

Pictures taken from A Wild Remedy by Emma Mitchell

The Wild Remedy: How Nature Mends Us – A Diary by Emma Mitchell is out now in hardback, published by Michael O'Mara and priced £14.99