Real Life: "How I set my inner goddess free"

This time two years ago, Mel Kilbey felt “utterly broken”. Determined to mend herself, the Red Lodge single mum has since been on a journey of discovery to find both healing and happiness. And now - via her newly published Goddess Guide - she’s showing others the way, as she tells Alice Ryan

Mel Kilbey can pinpoint the moment her life changed. Struggling to draw a line under a destructive relationship and dealing with both postnatal depression and premenstrual dysphoric disorder, an extreme form of PMS with symptoms ranging from anxiety to insomnia, she’d reached the point where she “felt desperate. . . some days, I literally couldn’t get out of bed”.

Then, one night while tucking in her little girl, “a switch somewhere flicked. It gives me goosebumps even now, when I think about it,” Mel explains. “Before, I’d always blamed the relationship and everything else that was going on in my life for the fact I felt totally drained and totally overwhelmed.

“My daughter had witnessed something difficult that day and I swore to myself, then and there, that she would never have to do that again. More than anything, though, I wanted her to remember growing up with a happy mummy.”

To meet Mel today - a calm, confident, strong and ambitious single mother, who runs her own business alongside a full-time PA job - it’s hard to believe she once felt so low and powerless.

The same evening the “switch flicked”, mid-way through 2020’s lockdowns, Mel recalls sitting down at the laptop and Googling for answers. She found numberless women who, having been through similar experiences, had managed to regain a sense of both balance and control via various combinations of mindfulness, meditation and yoga, along with Law of Attraction, Manifestation and NLP (Neurological Programming) techniques.

Committing “110% - I knew I had to do this, that there was no way I was going back”, Mel spent a year studying every practice on that list, investing any spare moment and penny in education and training programmes. “I found tools, techniques and daily rituals that helped me create self-awareness, self-confidence, self-belief, self-love, self-worth,” she explains.

“I changed to a completely vegan diet and lifestyle. I exercised every day, even if that only meant a 15-minute walk. I took time for myself and made my health and happiness a priority, rather than a luxury. And in return, I started to heal.”

For Mel, postnatal depression had taken the form of anxiety so extreme, at times she couldn’t sleep because she was so fearful for her daughter’s safety: “I thought if I took my eyes off her, for even a second, something bad would happen.” The diagnosis of premenstrual dysphoric disorder later followed, a condition which, at its worst “left me unable to get out of bed for three, four days at a time; it was almost like leaving your own body”.

Through learning and practice - “I stopped thinking I had to be perfect because, believe me, I’m not, but I did commit to showing up and doing my best every single day, even when change felt near-impossible” - Mel realised she was starting to live “with clarity; before, it was all a blur”.

Indeed, the results were so transformative, Mel felt compelled to share what she’d learned: the result is her company Soul Focus and its first publication, the Goddess Guide, a handbook and journal which takes the reader/writer on a journey from awareness and visualisation, through empowerment and action, to reflection and celebration.

Produced ethically and sustainably in the UK, the guide, which comes with a gilded vegan leather cover in a choice of colours, will also help raise funds for Refuge, with a proportion of proceeds going to the domestic violence support charity. 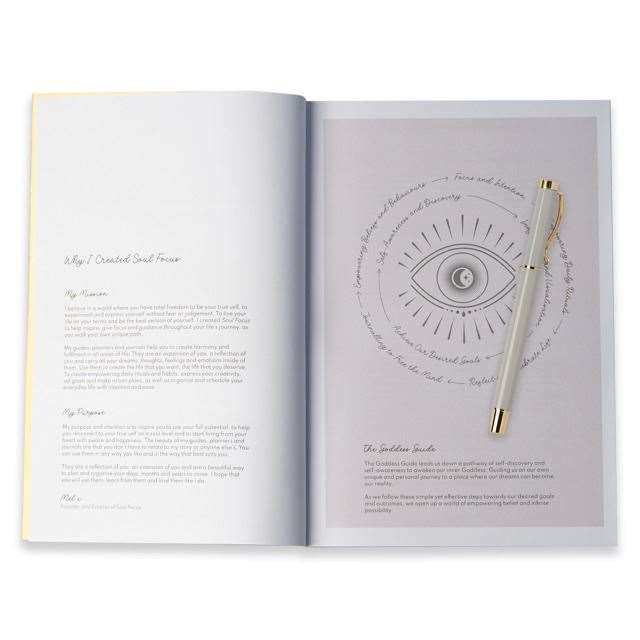 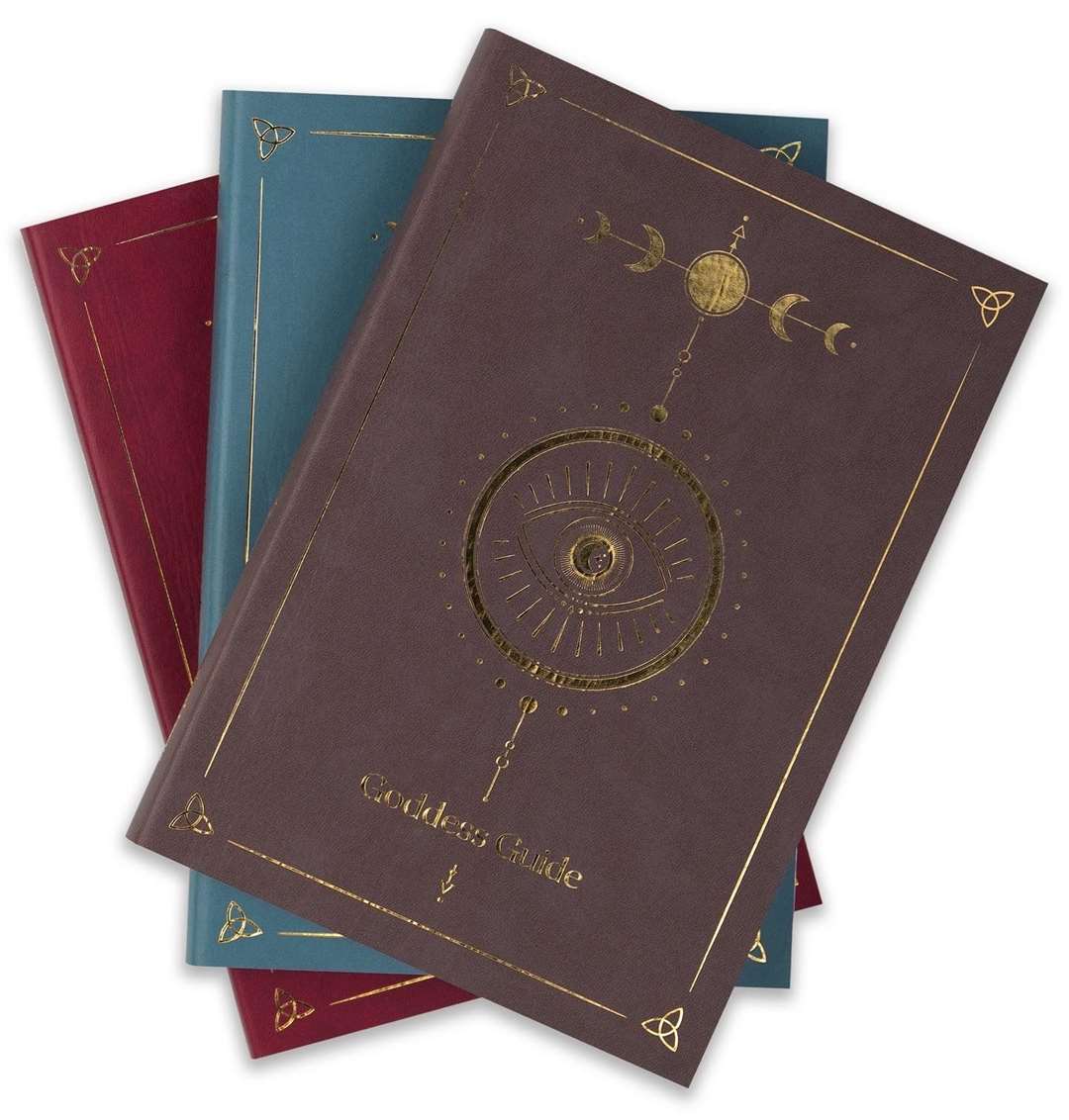 Daily ritual is key, says Mel, with the Goddess Guide prompting you to establish and stick to a number of positive actions every day, no matter how small. “My rituals include a five-minute morning meditation - and no, meditation doesn’t always come easily when you start,” admits Mel. “I had one of those brains which was talking back at me the entire time, it was never silent. But I really recommend trying some guided meditations - there are loads online - until you find one that works for you.”

Crediting her longtime yoga practice with giving her “moments of peace, even in the craziest times; it was yoga that gave me the perspective which led to that ultimate moment of clarity”, Mel, who trained as a yoga teacher with Paula Ahlberg of Newmarket’s Wellbeing Warehouse, also commits to doing a 20-minute yoga session each day.

Small rituals “are things like making and drinking a morning green juice and/or meeting your daily water intake,” she adds. The guide also encourages setting goals, manifestations and positive mantras at the start of each week, then reflecting on everything from reasons to be grateful to acts of kindness and contribution at the end.

“Sometimes it can be difficult to share your story, worrying people are going to judge,” adds Mel. “But when you do share, you quickly realise how many other people are out there, not going through exactly the same thing, of course, but having similar experiences. There’s strength and solidarity to be found in that.

“Yet you don't have to relate to my story, or anyone else’s for that matter, to use the Goddess Guide. It’s a reflection of you and an expansion of you: it’s a guide, but you are the goddess.”

The Soul Focus Goddess Guide year planner is available to order at soulfocus.co now, priced £42.95. Velvet readers can get 20% off by ordering now via the link soulfocus.co./discount/VELVET-GIFT20.