Down to Earth: Embracing wildlife in the garden

Whether you’re feeding the birds or planting your borders, instead of trying to coax exotics into your garden, embrace the species which thrive there, writes Cambridge designer Robert Barker

Learning the art of acceptance really is an important life lesson, isn’t it? I am not necessarily talking about accepting deep philosophical moments, but it’s finding acceptance in the little battles that we face daily which can be the most life-changing.

I was taught an example of this by the birds within my garden this week. For years now I have been buying bird seed and peanuts with an aim to entice several different birds into our garden. Each time I loaded fresh seed into the feeders, I had an image in my mind of a multitude of different garden bird species swooping into our garden: “Look kids, there is yet another Pied Flycatcher on the bird feeders!”

The sad truth is that month after month the bird seed would go stale and the peanuts would go mouldy due to complete lack of interest. All that I would see from time to time was just the odd starling. How incredibly disappointing.

This week Covid descended on the Barker household. Both of my little Barkers tested positive (thankfully without any symptoms) so my wife and I have taken it in turns spending days indoors trying to wrestle our children away from electronic devices.

It was during this time that I read an article about peanut butter bird food cakes. This sounded like something I could make with the children, so the three of us spent an hour or so making these fatty cakes for birds that deep down I knew wouldn’t eat them. 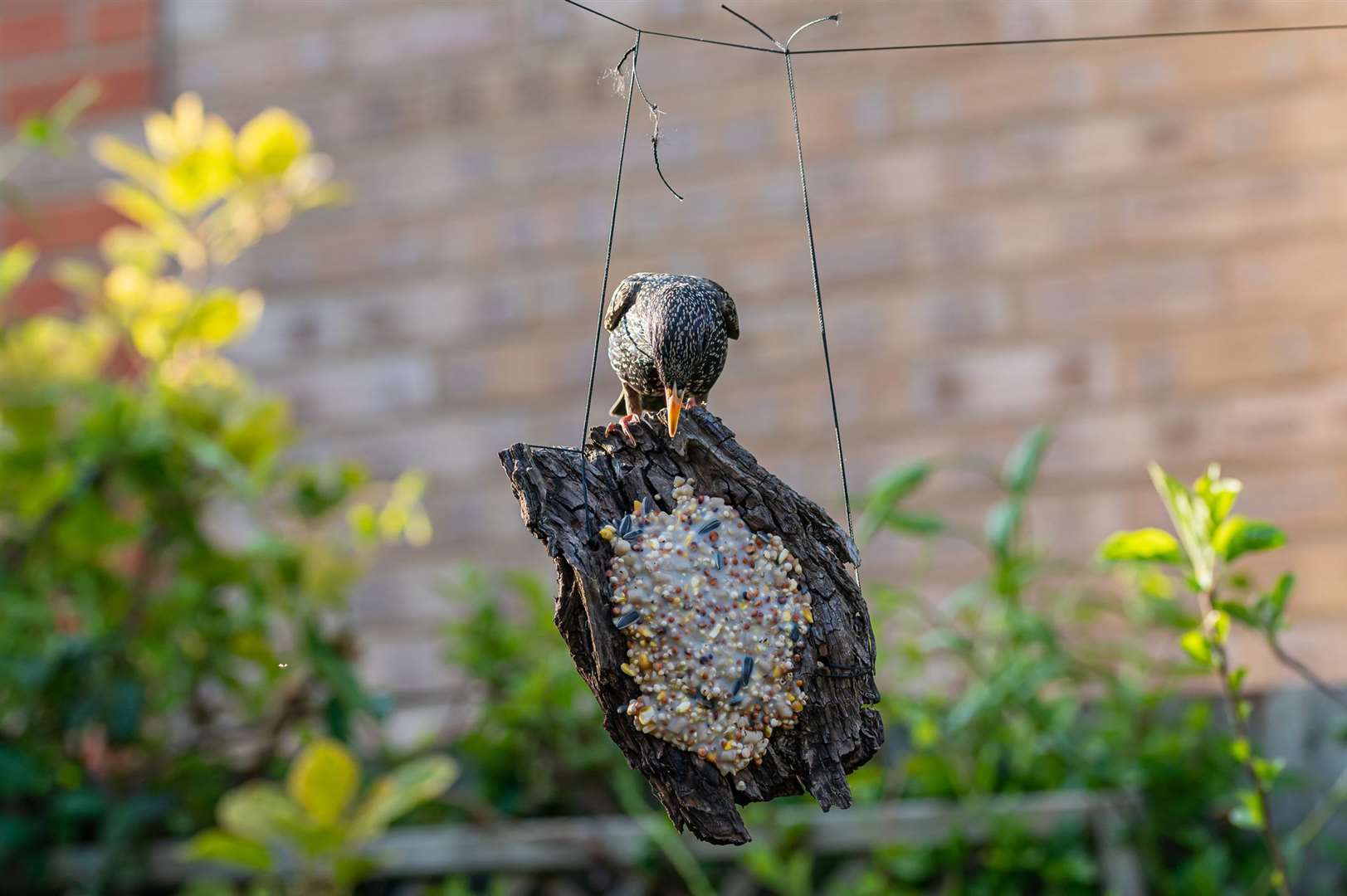 Once the cakes had set, we put them in the garden, me pleased with myself that I had kept my two little ones occupied. And then, almost instantly, the birds came. Not the hundreds of species that I had wished for, in fact it was only one particular species - and that was the previously dismissed as ‘ordinary’ starling. Not one, but lots and lots of them.

While staring at them I realized how stupid I had been: not only had I ignored the actual wildlife that was in my garden, but created such friction and wasted so much time and energy in trying to

attract something that was never going to come. All along there had always been birds in my garden but I just hadn’t appreciated them and not accepted what they needed.

As for the humble starling, when you stop and really look at them you can appreciate just how beautiful they are, each one with its own character.

Accepting what thrives in our garden is so important whether in terms of the plants or wildlife - and once accepted then a newfound appreciation is guaranteed.