To mark Wimbledon, Velvet’s Riadh Falvo visits Cambridge University Real Tennis Club for a lesson in both sport and history

Wimbledon - or The Championships as it is known - is the oldest tennis tournament in the world and is widely regarded as the most prestigious, however many of us are wholly unaware of its roots.

Real tennis, predecessor to lawn tennis, only became known as ‘real tennis’ when the modern game became more popular. I was first introduced to Peter Paterson of Cambridge University Real Tennis Club by Anthony Dean, formerly a King’s College choir school pupil, and the biking enthusiast behind Cambridge Biking Tours – quite honestly one of the best tours I have had of our little city. His family has been here for more than 100 years and he literally knows everyone either by name, memorable events or reputation.

“One of the real hidden gems of Cambridge,” as Anthony describes it, the building that humbly houses Cambridge’s own real tennis court is fairly nondescript and many of us have undoubtedly walked or ridden our bicycles straight past it as we made our way into the University Library or stopped for coffee at Plant & Pedal, set up right outside the steps of the main building.

There are around 50 real tennis courts in the world and more than half of these are in Britain. The game however hails from France. Lawn tennis as we know it is only about 150 years old, whereas real tennis is closer to 800 or 900 years old – a considerable difference. There would have been more than 1,000 courts at one time in France, however the majority were destroyed or vandalised beyond repair during the Revolution, and now only two remain in active use in the sport’s founding country. 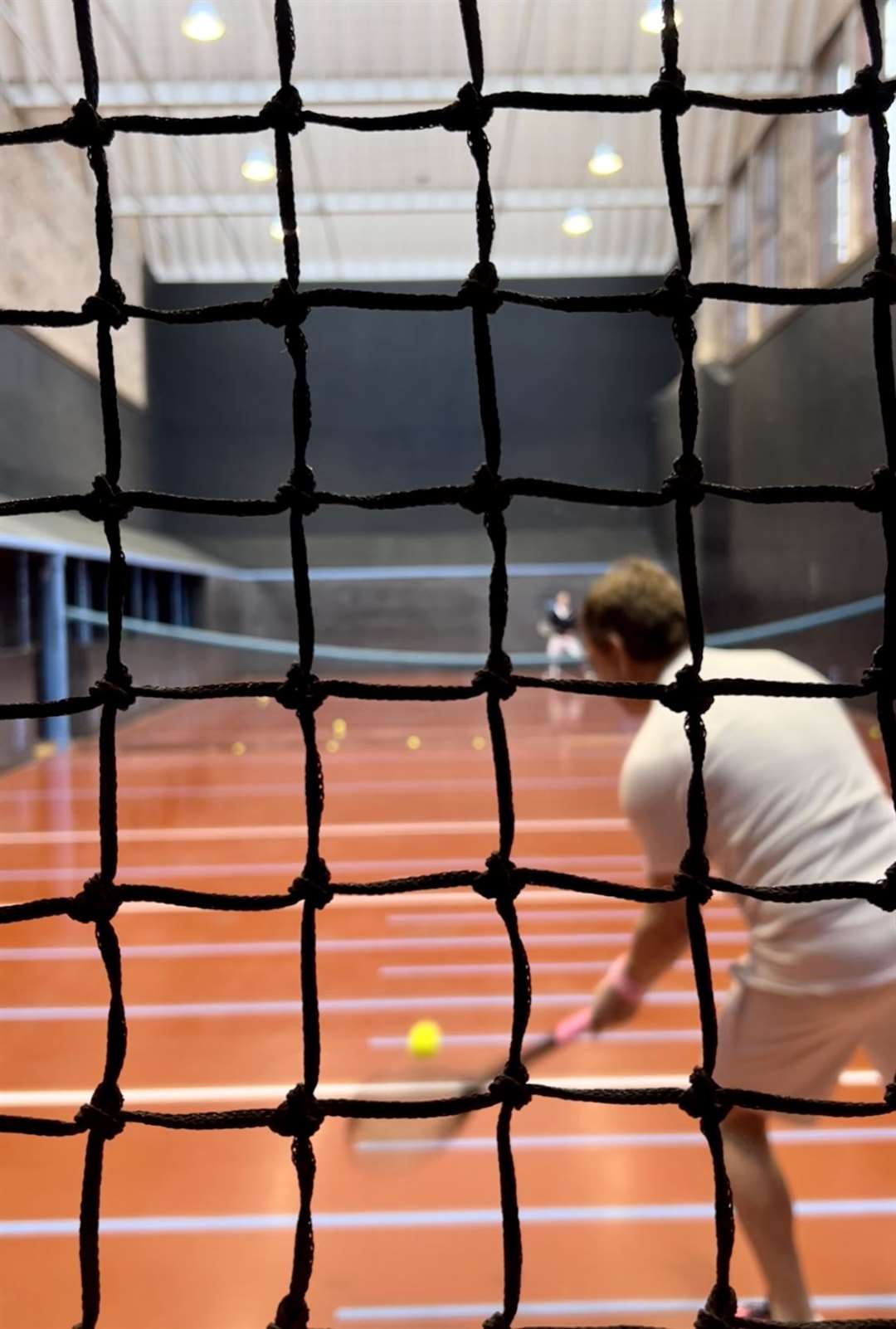 Created by merchants who played outside castle walls in a small village marketplace, the game was commandeered like all good things by the aristocracy and “redesigned,” Anthony explains, “to sound really, REALLY complicated, but the reality is, if you play the game, it all makes sense.”

If you hit the roof or the windows, as I did, several times, you are out. “That is out!” as Peter coached me. And as Anthony explains in his online tour of the court: “If a ball bounces twice, you don’t win or lose, you create a chase.” Confused yet?

Peter - who won the Kenney Cup in 2000, and rejoined the Cambridge University Real Tennis Club in 2001 - had endless amounts of patience with me during my first lesson and was overall an encouraging teacher. So much so, I will indeed return. I still cannot claim to understand the game any better than I did listening to the explanation during my bicycle tour, though I suspect that comes more over time and, like all things, with a LOT of practice. . .

Say the team at Cambridge University Real Tennis Club: “Membership of CURTC is open to all, very much town as well as gown. We love welcoming new members of any age. This ancient and intriguing game is fast or slow, tactical, subtle and addictive. One of our professionals - Kees, Peter and Adam - is usually here from 9am–5pm on weekdays or 9am-12noon on Saturdays and they will be happy to explain and encourage. We offer free taster lessons in small groups, usually on Wednesdays. Just register your interest with the pros, in person, by telephone on (01223) 357106 or by email at curtcpros@gmail.com.”