WanderSups: Wings to take you on a US food trip

“And so began a two-year quest to try and recreate these wings because they were hands down the best thing I have ever put in my mouth. . .” This month, Hannah Gregory gives us a true culinary gift - her recipe for best-ever buffalo wings 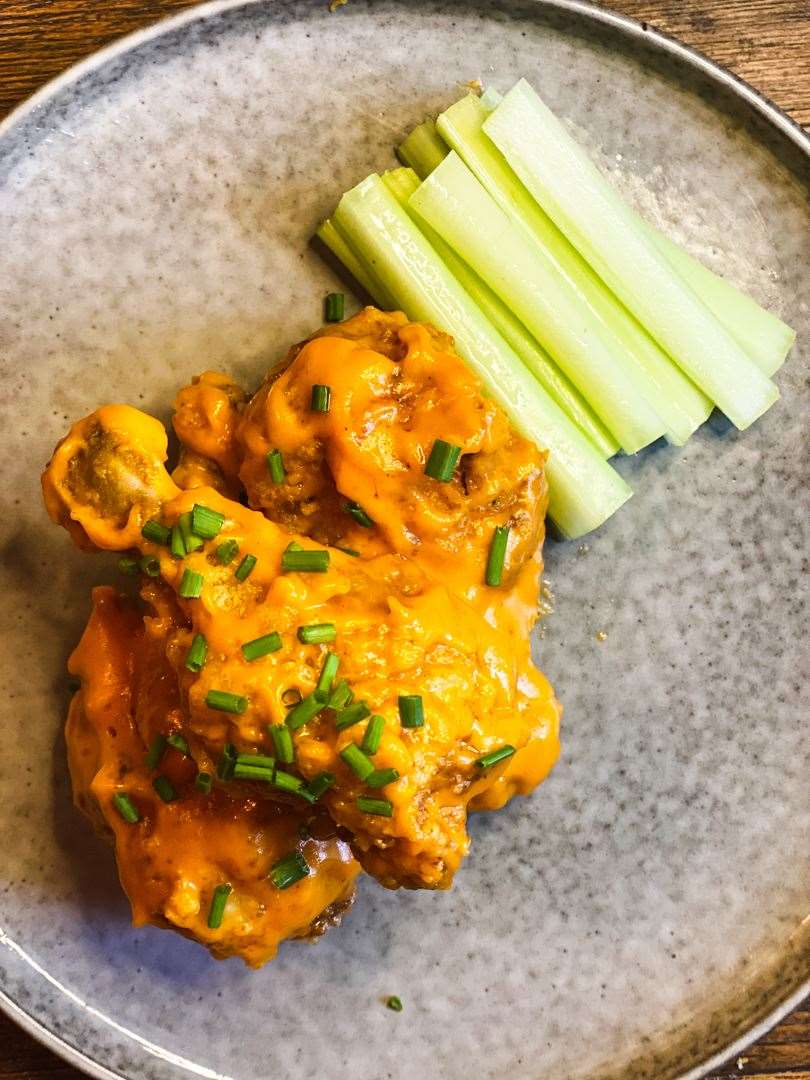 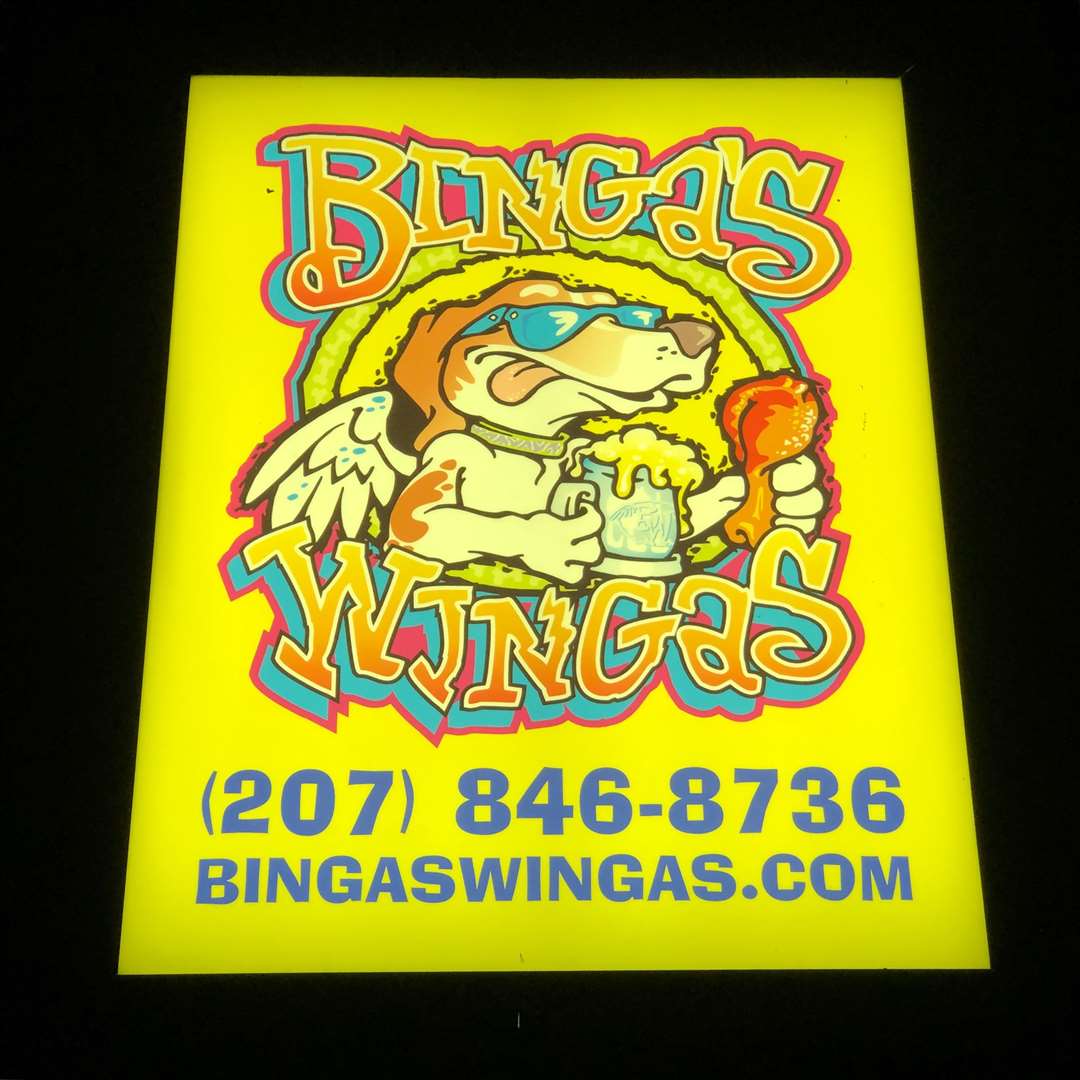 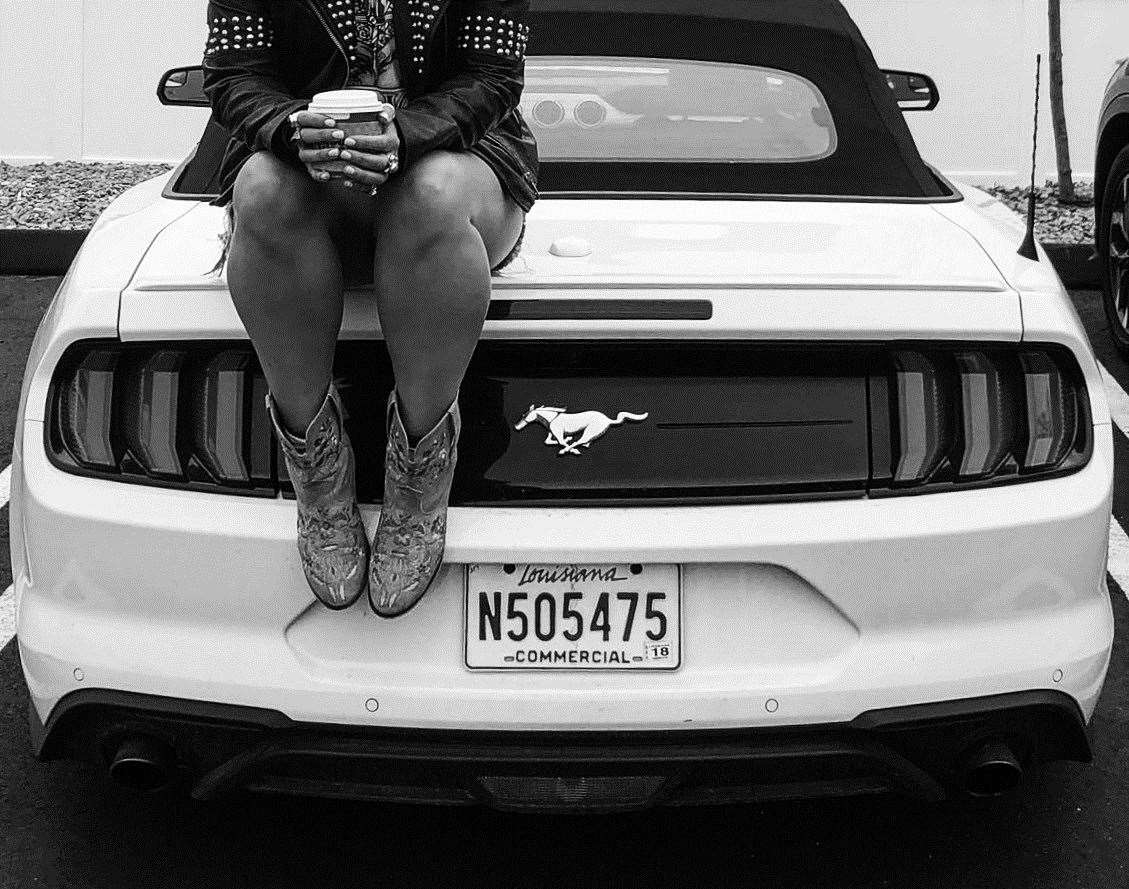 pie in New Jersey and then finish up with buckets of soul food and broils in the Carolinas. It was the trip of dreams. And even though I couldn’t really fit in the sports car bucket seats of the Mustang I had hired by the end of the trip, I would do it all again in a heartbeat.

However, there were some nights when the thought of a fancy restaurant was just too much. On long-drive days we often lived the all-American dream and picked up Taco Bell or something equally hideous and ate it on the porch of our motel room - these nights were almost as special as the planned outings with lobster bibs and silverware.

It was one of these nights we stumbled upon Binga’s Wingas. We had been driving all day and had grand plans of leaving Sally Ann (the Mustang) at the motel and ubering into Portland for a night on the town. However, as soon as we saw our twin beds complete with cable TV and air conditioning, my friend and I both knew we wanted to eat fast and sleep as soon as humanly possible.

Our motel was in the middle of nowhere, off a slip road of the interstate that took you straight into the city. Opening up Google Maps we found the nearest knife and fork icon and went for it.

When we arrived, we were greeted by one lone building, standing tall in a near empty parking lot, a huge cartoon dog illuminated in neon purple and a steady stream of high school jocks heading in after a game - after years of watching Dawson’s Creek and One Tree Hill, you can imagine my excitement. We were greeted as you so often are in America, by the warmest, friendliest server called Doreen who was a frikkin’ peach. She was totally perplexed that two girls from England would think to stop there, which worked out well for us because they just kept bringing pitchers of beer - needless to say Sally Ann spent a lonely night in that parking lot.

The theme of the restaurant (if you hadn’t guessed by the name) was wings. Every kind of wing you could imagine - you ordered them smoked or fried, in multiples of three and where you would normally get a menu, you were presented with an A4 sheet listing every sauce thinkable to mankind - we’re talking font size 8 at best here. Doreen, being the peach she is, bought us

taster after taster of sauce, making sure we made the most educated decision we possibly could.

At this point my eyes rested on ‘buffalo bacon nacho’. I asked if I could try some. Doreen looked saddened. “Doll, I’m so sorry but we can’t offer samples of that one as it’s made to order. What I can tell you though is that it is better than anything you have ever tried in your life. It’s

decadent and rich and cheesy and bacony with a little bit of heat - mmmmmmmmhmmmmmm, gurrrrrrrrl it is good.” I was sold. Being a huge fan of Buffalo wings. And bacon. And cheese. I couldn’t say no.

And so began a two-year quest to try and recreate these wings because they were hands down the best thing I have ever put in my mouth. I often joke if I were to ever win the lottery I would fly to Portland just to get another portion (and then sit on SkyScanner asking myself, how much is too much to spend on a flight just for wings?).

It has taken many, many, many attempts to get these suckers right. And a couple of unanswered emails begging for the recipe, but I did it. I finally did it. It was one of the proudest moments of my cooking journey - a sense of accomplishment I never dreamed possible. And now, I share it with you. Good luck. And get the Gaviscon on standby.

How you do it:

● In a large bowl combine the wings with the buttermilk, celery salt, white pepper and black pepper. Make sure everything is well mixed and covered and leave in the fridge for 4 hours.

● When you are ready to cook get all your ingredients ready as you will need to do a little bit of multitasking.

● Fry your lardons till crispy and keep to the side.

● First up make the buffalo sauce element - combine the 100g of butter, Franks, white wine vinegar, Lea & Perrins, a pinch of cayenne pepper and garlic granules in a pan over a medium heat until the butter has melted and everything is combined. As soon as small bubbles from on the sides of the sauce take it off the heat and whisk to make sure everything is mixed properly. Put a lid on the pan and leave to the side.

● In a separate pan make a roux by melting the 2 tbsp of butter and slowly mixing in the 2tbsp of flour. Allow to cook out for a couple of minutes.

● Whisk in the 250ml milk in increments until you have a thick, smooth white sauce.

● Whisk in the cheese until melted.

● Add seasoning and a pinch of cayenne.

● At this stage slowly whisk the buffalo sauce into the cheese sauce and leave over a very low heat to keep warm. Mix in the lardon. Keep any eye on this as you don’t want it to get too hot.

● Combine the cornflour and rice flour.

● Drain the wings from the marinade and toss in the combined flours.

● Carefully lower into the hot oil and fry for 8 minutes till golden brown. If you have a probe you are looking for an internal temp of 75C.

● As soon as they are cooked drain and then add to a bowl and dredge in the buffalo nacho sauce.

● Pile on a plate and garnish with chives.

Hannah reached the quarter finals of BBC MasterChef last year. She hosts WanderSups supper clubs serving meals created with love, inspired by journeys around the world, dished up on home turf. Her ethos is simple - have fun, enjoy it, make it an occasion. To find out more follow @WanderSups or visit wandersups.com