For starters: how did Fortune Donuts come to be?

Katie: Fortune was a very serendipitous happening - Alex had a fortune cookie that said ‘a new business venture is on the horizon’ and before we knew it, donuts were in the fryer! It was all very quick and spontaneous; Alex did an amazing job crafting the brand and it was impossible to resist the idea of working a) with her and b) with donuts. I love to collaborate with like minded souls and this seemed like it would be really good fun and also a great creative outlet. So far, so good!

Our collective appetite for donuts is growing, isn't it? Why the surge in popularity?

Katie: I think people have long enjoyed the comfort of a donut, but for a while they got a bit of a bad rep - they were associated with brands like Krispy Kreme and became intensely sugary American-ised donuts. (While we favour the American spelling, we prefer a British spin!)

But I think everyone remembers eating a jam donut as a child and the pure joy of the jam spilling out and the sugar sticking to your lips; that’s the kind of feeling we want people to have when they bite into our donuts. Bakers are getting so creative with their flavours these days and people seem to love it. Not that we have *anything* against them, but 'plain' jammy donuts have been supplanted by some seriously fancy flavours and fillings, haven't they? What's going to be on your menu?

Alex: We are only going to release our flavours each week on a Wednesday, so you will have to wait and see… Saying this, we definitely have nothing against a classic jammy donut: our flavours are dictated by the seasons, so hopefully you will see a raspberry jam donut when the time is right.

Katie: We LOVE a really great jam donut and they will definitely feature on the menu throughout the year - we’re just waiting until the first British raspberries and then we’re off! But in the meantime, and alongside, we are quite selfish and want to make donuts that we love to eat. Each week there are two new flavours and we try to keep at least one kid-friendly and usually one fruity, one dessert-y so the possibilities are endless. There might be a few curve-ball flavours, but in the main we’re drawn to classic flavour pairings that evoke a spark of nostalgia. We love the idea of weekly flavour changes. Knowing that you're keen to source ingredients locally wherever possible, we're guessing seasonality is going to be key?

Katie: Absolutely! I’m thrilled we launched at this time of year because we managed to kick off with my favourite - forced rhubarb! I just can’t get enough of it! There will inevitably be far flung ingredients popping up in the menu, but hero-ing amazing British produce will always be a priority. It’s so important to support our local producers, especially after the past year, and we’re really excited to watch the donuts evolve through the seasons. 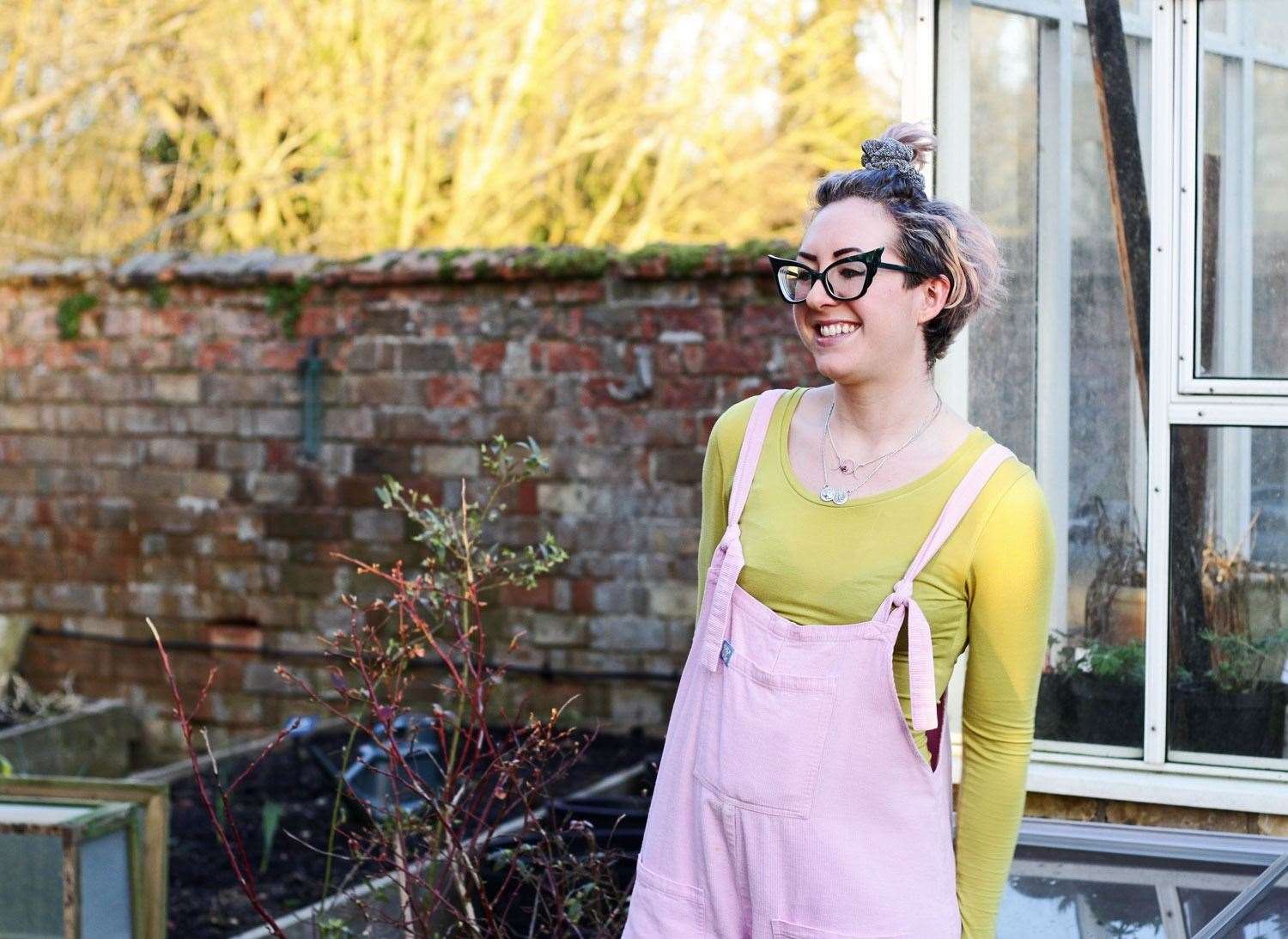 Katie: our readers know and admire your culinary skills from your Allotment Diary column, which ran in the magazine for more than two years. You've been busy baking since then, haven't you?

Katie: Yes! It’s been a strange old year, but I feel incredibly lucky to have been able to work throughout. When lockdown first hit a year ago I transitioned to solely a bakery, massively ramping up sourdough deliveries overnight and then investing in our electric van to feel less guilty about it. I still absolutely love making sourdough every day but Fortune adds a really fun splash of colour to the week

Alex: tell us a bit about your food story. We know you've been working with The Fin Boys, Mill Road's new seafood shop and restaurant. . .

Alex: Well, I work as a designer with my husband Chris at our studio We Three Club. Our background was predominately in the music industry and we still work with bands, but more of our recent work has been with incredible food companies.

It has been an absolute joy to combine another big passion into our design work. As you mentioned, we have just been working on the new Fin Boys branding and helping with their marketing set up. We also created the branding for Grain Culture, Dot's Hot Chicken and Eclipse Bakery, have done lots of work for Steak & Honour and Dulcedo’s packaging designs, with plenty more in the pipeline. Both of you: ring or round? And favourite flavour?

Alex: Round, definitely. I would say anything peanut/nut butter or custard based.

Fortune Donuts launches two new special-edition flavours every Saturday, which you can order online anytime until Wednesday evening for delivery on Friday. You can choose from a mixed box of four or a box of four the same, both £14. Volumes are very limited, so make haste to bag a delivery slot. See @fortunedonuts or visit hello@fortunedonuts.com for more.

The origins of the donut are hotly disputed. Some say it descends from dinky, honey-dipped cakes common in Ancient Greece; some say it derives from the Dutch ‘olykoek’, popularised by early 18th century settlers in the US; others credit an American ship’s boy, Hanson Gregory, with inventing it in 1847 while at sea on a lime-trading voyage.

Described as “a sweetened, fat-fried cake”, the recipe apparently first appeared in print in an 1803 English cookbook, among an appendix of American recipes. By the 1930s, donuts were so integral to US culture that The Salvation Army founded a national Doughnut Day, honouring those who served the sweet treats to troops in World War I.