Cambridge institution Fitzbillies has celebrated its 100th birthday - with a tower of its ‘peerless’ Chelsea buns. Spanning 11 tiers and containing a whopping 250 syrupy swirls, it was ceremonially ‘cut’ by head baker Gill Abbs and shared with both staff and customers.

“We can’t celebrate the 100th birthday of Fitzbillies without also celebrating Gill, our amazing head baker who has been part of the business for 49 of those 100 years, joining in 1971,” explains owner Alison Wright. “We estimate she has made at least five million Chelsea buns in that time.”

Founded by brothers Ernest and Arthur Mason, Fitzbillies opened its doors on October 4, 1920. It’s endured against the odds, going into receivership more than once and, in the late 1990s, eviscerated by fire. 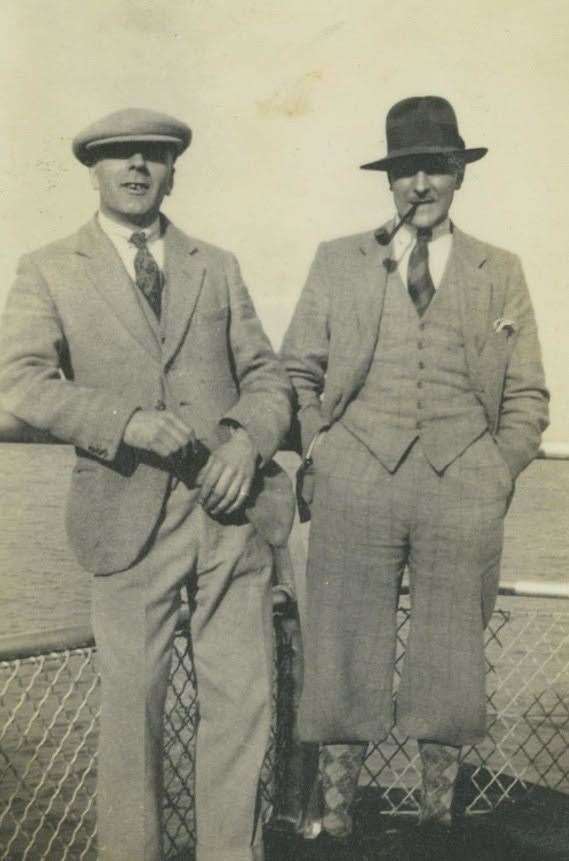 Alison and partner Tim Hayward famously took the helm in 2011, after Stephen Fry tweeted about the bakery’s recent bankruptcy: “No! No! Say it ain’t so - not Fitzbillies? Why I tweeted a picture of one of their peerless Chelsea buns but a sixmonth ago.” Nine years on and the couple have shored up the Trumpington Street mothership, opened a second branch over on Bridge Street and a full-scale bakery on Clifton Road.

“In 1920 when Fitzbillies first opened it was purely a bakery shop,” says Alison. “That is still very much at the heart of the business, with everything made from scratch in our own bakery. The Chelsea buns are still our biggest selling product.

“However the success of the business today is down to adapting to changing tastes, and brunch, artisan coffee and sourdough bread are all a very important part of the mix. And partly as a result of Covid and the lockdown we sell more than ever online, with Chelsea buns, including our monthly Chelsea bun subscription, and the Fitzbillies book, the most popular products.” The book - Fitzbillies: Stories and Recipes from a 100-Year-Old Cambridge Bakery - is Alison and Tim’s tribute to the centenary, part memoir, part history, part recipe book. Released last year, to mark the start of the 100th year, all the punters’ best-loved bakes are in there, from the palm-sized almond macaroons to those sticky buns (though that recipe is an at-home adaptation of the still-secret original).

“The 100th birthday year has been very different from what we imagined then,” adds Alison. “More masks and hand sanitiser and fewer parties. That said, we feel very lucky to have such loyal and enthusiastic customers who have continued to buy from us, albeit in different ways throughout the pandemic.”

In compliance with the Government’s current ‘rule of six’, only half a dozen people were allowed to attend the cutting of the bun cake on Sunday, October 4. It was done in the famous Art Nouveau window of the Trumpington Street store, though, so both staff and customers could watch from a safe distance - before forming a socially distanced queue for a free bun. In the depths of lockdown, when Fitzbillies’ cafes were closed, the team continued baking artisan bread for sale through local shops and veg boxes. Online sales of Chelsea buns reached “epic proportions”, says Alison, with people sending them as gifts to far-flung loved ones or simply craving a treat. Since then, both branches of Fitzbillies have reopened with social distancing between tables, temperature checks and hand-sanitising at the door, screens and masks for staff.

“Fitzbillies has survived war, fire, flood, bankruptcy and now pandemic in its first 100 years,” concludes Alison. “We feel lucky and honoured to be the ‘incumbents’ for the centenary; our job is to make sure it is in good shape to last the next 100.”

Fitzbillies is at Trumpington Street and Bridge Street, Cambridge and fitzbillies.com