Melbourn’s Bury Lane Farm Shop has just cut the ribbon on a new cheese counter. As cheesemonger Perry Wakeman tells Alice Ryan, it’s a showcase for British makers - “the best in the world” 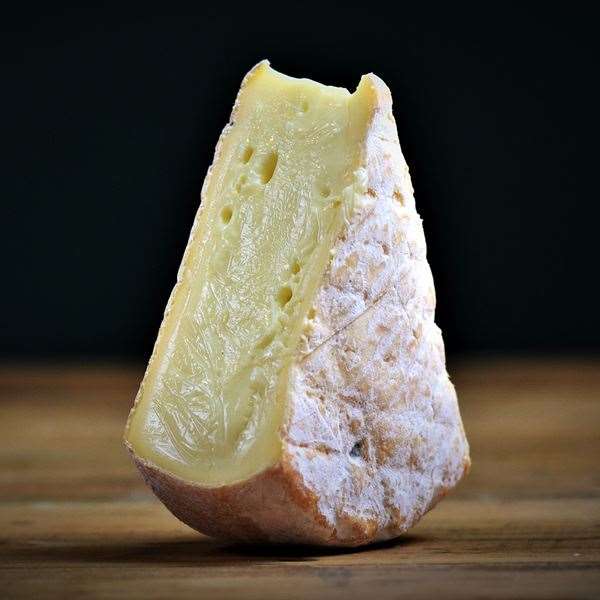 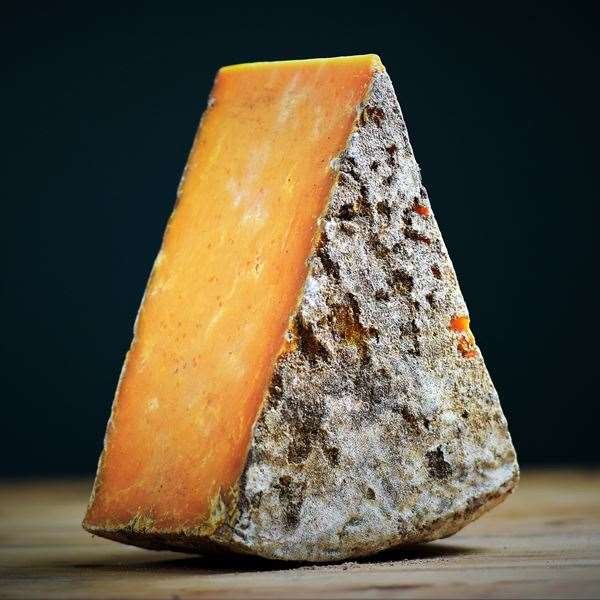 This country is officially home to the best cheesemakers in the world. At the last World Cheese Awards, held in Bergamo, Italy, more than 3,800 cheeses from around the world were judged and British cheese finished higher in the rankings than France!

Take Tunworth, a British Camembert: beautiful unctuous texture, a powerful savoury notes. Raymond Blanc has been quoted as saying: "It's the best Camembert in the world". A Frenchman, saying our British Camembert is the best! That's a microcosm of the level that the British artisan cheese industry is operating on.

Artisan cheesemakers have had a terrible time over the Covid-19 outbreak. At Bury Lane, we thought what better way to help than to have every cheese on our deli counter being delicious and sourced from within the British Isles? Honestly: why would you go further afield when cheese perfection is right on your doorstep?

Cheese slipped under my radar when I was younger. The first truly artisan cheese I tried was a triple creme; I remember it like it was yesterday and I could not believe that I'd been missing out on that experience all my life.

I did some research and booked my ticket for the British Cheese Awards, where I met a ton of cheesemakers who captivated me with their stories and also the science - the cultures and fermentation. An important thing to know about artisan cheese is that it is alive and variable. Traditional methods deliver remarkable flavours, and the many variables involved - such as what the cows are eating when they’re out to pasture, even how they're feeling on a day to day basis - all create different taste quirks.

I found it fascinating. I then proceeded to find British alternatives for French favourites, taking them to restaurants and delis across the UK. Sometimes, I almost blindfolded the buyers by telling them before tasting that it was French cheese and then, when they truly enjoyed it, surprising them with the fact it was made in our country.

I then went on to train in France to learn the dark art of ‘affinage’, a refining technique which involves bringing in younger cheeses and improving the profile specific customers’ taste requirements. I now have my own maturing rooms in Cambridge, where I use selective pressures - such as temperature, humidity, turning and brushing - to ensure the cheese on our counter at Bury Lane is at its very best.

One example is our Sparkenhoe Red Leicester. The normal profile of this cheese, at about 13 months old, will have a light acidity and familiar cheddary tang. I mature this on for a further three to five months, which delivers a strong, almost spicy tang - more time allows the cheese to break down more of its amino acids, resulting in complex umami notes.

A founding member of the Academy of Cheese, which created the first standard for people pursuing a career in this field, I am now a World Cheese Awards judge.

When it comes to creating a cheeseboard, there are a few simple rules. Firstly, make sure that you have a soft, hard, blue, washed and goat/sheep. Then enlist the help of your local cheesemonger to ensure that the flavours in your selection - sweet, salty, savoury, acidity, bitterness - are balanced.

Here’s my perfect cheeseboard for Christmas. First up, a soft cheese. I’d go for a well-aged Baron Bigod, made over in Suffolk by the Crickmores, arguably the best brie-style in the UK. Expect traditional flavours, such as rich cream butter and earthy button mushrooms, as well as hints of pan-roasted parsnips.

Next, a hard cheese. It is Christmas, so you'll need an impressive, immense cheddar. At this time of year, Westcombe Cheddar made by Tom Calver down in Somerset, comes into its own. Delivering a deep complex flavour with a mellow lactic tang and long notes of citrus, hazelnut and caramel, the texture is structured and firm, with a smooth breakdown that keeps the flavours lingering on your palate.

After those big flavours, we need a palate cleanser - a popular tool in a la carte dining, but one we should also utilise on our cheeseboards. Made in the Cotswolds by Isabel Angus, we'll be looking at Cerney Ash for that relief; it has a beautiful mousse-like texture and a clean lemony tang.

Now we are cleansed, we can move on to something a little bit more challenging. Washed-rind cheeses are usually pungent; the kind of cheese your grandparents say “will put hairs on your chest”. I’d suggest Rollright, made in Chedworth by David Jowlett. It’s washed three times a week for months, to promote the growth of its unique, orangey-peachy rind which in turn aids the breakdown of the interior, before being wrapped in bark, The result is a smooth, silky texture and a strong flavour of butter - think of your first slice of buttered toast in the morning.

Finally, we need to finish on a big traditional blue. I can't recommend enough a traditional Stilton from Cropwell Bishop. The batches we are getting from the Skailes brothers are phenomenal at the moment: melt in the mouth texture, and that burst of savoury with a slight hoppy bitterness.

So, we do not doubt the quality, but does British cheese have the market presence? No. The supermarkets are laden with mass-produced cheddars and even when you move into the finer selection you see familiar French brands and only a few British cheeses. We are trying to change that by helping people find their new favourite cheese - which will also happen to be a British one.