The winners of this year's Great Taste Awards - the 'Oscars' of the food world - have been announced. These local indies are all seeing stars 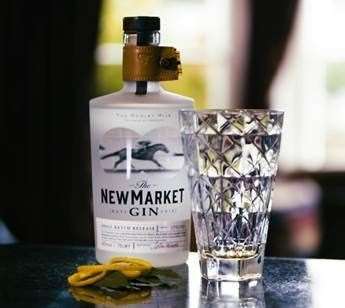 It’s always lovely to see local producers winning plaudits and they don’t come more prestigious than Great Taste stars. To give you some context: organised by the Guild of Fine Food and considered the ‘Oscars’ of the food industry, this year’s Great Taste Awards saw more than 12,000 entries from across the country submitted for judging by a 144-strong team of experts. Accolades are awarded in the form of star ratings, with three gold stars the ultimate. So hands together, please, for some of our area’s 2020 winners. . .

Saffron Ice Cream Co , an artisan producer based on a farm just outside Walden, scooped gold stars for both its Traditional Chocolate and Summerdown Farm Mint Chocolate ice creams, bringing its company total to eight, with judges impressed by the quality of ingredients, flavour and creamy texture, too.

With its one-of-a-kind blend of 10 botanicals, many of them sourced locally, judges gave The Newmarket Gin a single star, while Huntingdon’s Roundwood Distillery is celebrating a two-star rating for its Cask Aged Sloe Gin. “Berry tannins come through and it immediately makes you feel transported to a study with a wing-back leather armchair. It has a bit of fire-smoke about it too, a peaty woodiness. It's quite luscious,” raved judges.

Cambridge soft drinks brand Breckland Orchard won stars for two recipes: the newly released Craft Cola, an all-natural version of the classic, which judges deemed “well balanced… very moreish”, and Ginger Beer with Chilli, which has been part of the core collection since the company launched in 2009, hailed as “refreshing, delicious”.

Suffolk’s Good to Go Granola, a regular at Wyken Vineyard’s Saturday Farmers’ Market, was given a star for its signature Suffolk Crunch which, a delicately spiced blend of oats, seeds, coconut and fruit, was described as “warming collection of flavours that would perk up any breakfast”.

Tudor’s Luxury Pralines, which is based in Great Ashfield and a fixture on Bury St Edmunds market, where shoppers can see their sweets made over live flame in large copper bowls, was also recognised for its cinnamon flavoured almonds.

For a full list of this year’s Great Taste Award winners, visit greattasteawards.co.uk