While Cambridge has long been (in our biased opinion) a city that punches above its weight in the culinary stakes, we’ve noticed, this year in particular, a real blossoming of its foodie scene in one direction. And the term “blossoming” is particularly apposite here, since we’re talking about the boom in wholly plant-based, vegan eateries in the city.

So we spoke to the people behind some of the city’s finest vegan places to eat, to find out more about this fast-emerging scene. Located at the top of Norfolk Street, in the former home of CB2, Thrive opened for business just as Cambridge was emerging from lockdown this year. The team who developed the restaurant noticed a strong growth in the plant-based food scene in the UK, and thought that with Cambridge’s young and progressive culture a vegan eaterie would do well.

Director Jeremy Peters describes Thrive’s ethos as “simply to create a friendly and relaxing social space where everyone can trust in meals, coffee, drinks, cakes and snacks that are free from harm and delicious”. Having had a long, lazy lunch there ourselves on one of the hottest days of the year this summer, we can confirm that they’ve got this spot on!

Must-try:Jeremy says: “The dish that has got most people talking is our beer-battered tofish and hand-cut chips. We like to be playful, so we’ve now also developed a vegan Scotch “egg” dish, which is also proving very popular.” Burger addict but prefer to eat cruelty-free? Then you must check out Doppleganger, tucked away in a relatively small unit on Regent Street. Owner Alf started making his delicious range of vegan burgers as a pop up more than two years ago, and is still welcoming the same loyal customers back now.

With a company slogan of “greater impact with every bite”, Alf describes their burgers (with seven mouth-watering options along with a fantastic range of sides) as “delicious food that happens to be plant-based”.

Must-try: Alf’s recommendation is for a Dopple (patty topped with ch*ese, caramelised onion marmalade, portobello mushrooms and a balsamic glaze, with lettuce, tomato and homemade ranch sauce, served in a soft brioche bun) with Jack Fries (with ranch sauce, Korean BBQ pulled jackfruit and smoked gouda-style vegan ch*ese) and a salted caramel shake. He adds: “Make sure you come hungry!” 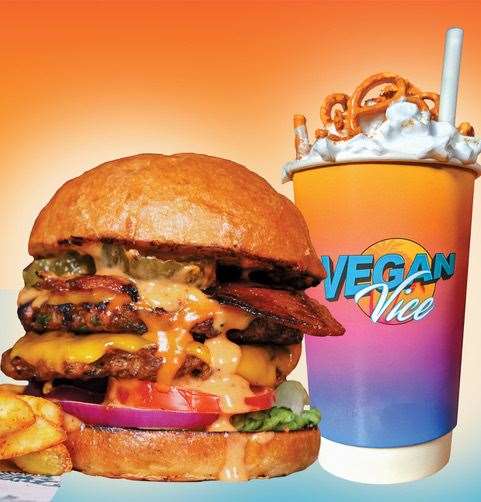 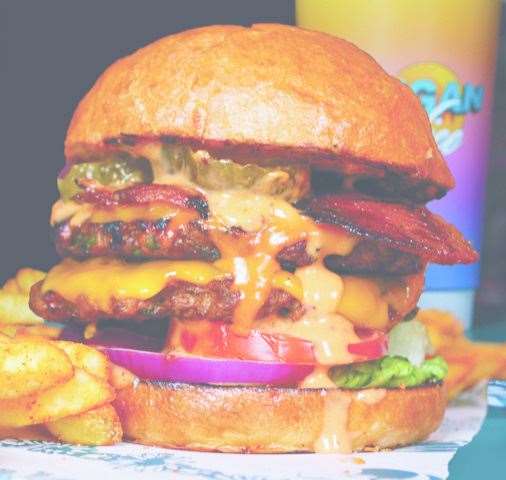 At the corner of East Road and Burleigh Street stands Vice, another great place for delicious burgers. Tommy Dexter, founder, explains: “Cambridge is a unique city with a huge, young student population and lots of visitors and workers incoming from London. Yet as with many cities with a huge tourist sector, it can be slow to change.”

So Tommy wanted to “help get the ball moving” by promoting veganism, “a natural progression, built on deepened understanding of the mind and body and our relationship with other beings, along with our responsibility for the planet as a whole.”

Vegan Vice Club markets itself heavily and deliberately to those who might not necessarily otherwise embrace a meat-free lifestyle. “We have built a strong alternative identity, shaped by our festival and street food history, where music and good vibes are king and outrageousness is celebrated.”

Tommy urges you to try “the Bacon Cheeseburger – our signature flame-grilled ViceBurger patty, bursting with protein, with crispy vegan bacon and vegan cheese that melts and tastes like the real thing. Our milkshakes are also to-die-for, and most people insist that they beat dairy shakes.” Hosted in Ta Bouche, the destination cocktail bar in Market Passage, Vetomeato’s menu is diverse and delicious. Co-founder Natalie, who set the business up with her partner Justin, has watched the development of the Cambridge foodie scene and the growth in independent bars and eateries.

Admiring the city’s progressive spirit and the “fantastic work being done around food sustainability, fighting food poverty and addressing the climate emergency”, Vetomeato seeks to reflect this, with an ethos of “heavy on flavour, light on the planet”.

Must-try: Natalie suggests anyone new to Vetomeato might try their Middle Eastern Streetbowl. She explains: “It definitely represents the ethos and the direction we have taken with the menu: taking a classic street food, in the falafel, adding our own twist, but keeping it accessible. Falafels are a well-known meat-free dish, eaten by people from all walks of life. The hummus and couscous and falafels in the dish are all made in-house. It’s layered with flavour, nutritious and proudly vegan.” (Additional note: we’d also recommend their delicious Kimchi Fries on the side.) No feature on Cambridge’s vegan food scene would be complete, of course, without Stem and Glory. Having arrived in the city in 2016, originally at Mitcham’s Corner then moving to King Street, it could be said that this fab eaterie paved the way for what followed in terms of plant-based dining in Cambridge.

Already operating a delivery service from its new CB1 station site, set to open its doors to diners next month, the “gloriously plant-based” restaurant is moving towards an intriguing-sounding “omni-channel model” for the post-Covid world, offering “healthy, gut-friendly food, exploding with depth and layers of flavour.”

With the rapid and exponential shift in attitudes towards plant-based cuisine, Stem and Glory hopes to “make a contribution towards this shift in consciousness, in order that we can all live in a more peaceful and harmonious world.” They also highlight the health benefits of a vegan diet, and its ability to “give you that all-important satisfied feeling without ruining your waistline.”

Must-try: The Stem and Glory Yogi Bowl is legendary – with its golden hummus, quinoa tabbouleh, crunchy veg, grilled tofu, multiseed crackers and edamame beans. We also adore their Luxury Lasagne, and suggest you spoil yourself with a Raspberry ‘Cheese’cake to round things off.